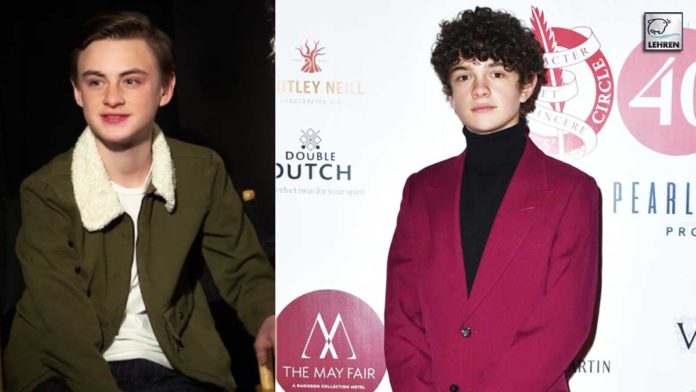 Noah Jupe and Jaeden Martell to star in upcoming Warner Bros. movie 'Lost Boys.' The movie is a modern version of the 1980s cult hit The Lost Boys

Hollywood studio Warner Bros. is ready to bring up a brand-new film with a modern take on the 1980s cult hit ‘The Lost Boys.’ The movie will star Noah Jupe and Jaeden Martell in the leads.

According to a report of Variety, Jupe and Martell will lead the feature project. The upcoming movie will be directed by Jonathan Entwistle and penned by Randy McKinnon. Brian Kavanaugh-Jones and Fred Berger will produce through their Automatik banner. The new version of The Lost Boys will be executive produce by Zac Frognowski and Josh Glick.

The movie moves around the story of two boys who shifted to a California beach town with their mother and get involved with a gang of stylish bikers who happen to be vampires. There the Gen Z kids discover that there is an evil reason the local cool kids sleep all day, party all night, never grow up, and never get old. Family bonds are tested as the brothers find themselves on opposite sides of a mythological struggle. The horror-comedy is based on the 1987 cult classic movie that change our thinking about vampires. The TV series was a longtime passion project for Thomas and the CW.

The movie is tenderly remembered for its young cast as well as a soundtrack that featured acts such as INXS, Echo and the Bunnymen, Roger Daltrey, and Lou Gramm. Later in 2000, Warners reopened the casket with a pair of direct-to-DVD movies, Lost Boys: The Tribe and Lost Boys: The Thirst.
Details of the newer version are being kept under wraps, but it is explained as being set in the modern day. The pilot for a ‘Lost Boys’ TV series at The CW had been in production when the pandemic shut down shooting, but the network did not pick it up.