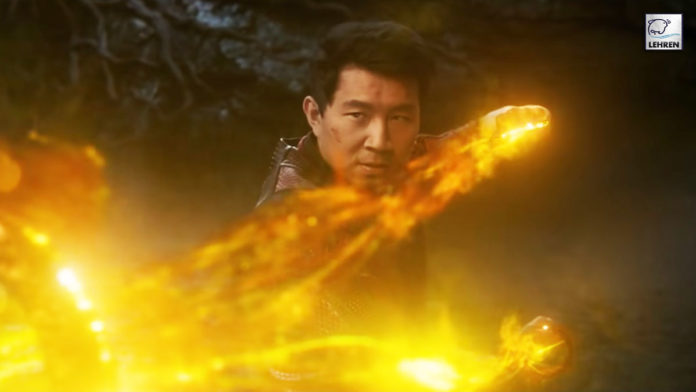 Marvel's latest superhero film is in its third weekend. The movie recently surpasses A Quiet Place 2 in the domestic collection.

Pandemic has shown the theatres worst phase but now when everything is returning on the track, it seems like Hollywood at the domestic box office continues to wane. Some of the Hollywood movies slowed down drastically after a good start, whereas some high-budget movies are living up to the expectations. However, Shang Chi has marked the expectation and the film is enjoying a good run at ticket windows.

Marvel’s latest superhero film is in its third weekend and it seems like, it is enjoying a good momentum. As of now, at the box office of the United States and Canada, Shang Chi has earned $160.99 million. With these earnings, the film has surpassed the lifetime collection of A Quiet Place 2, which earned $160.07 million. A Quiet Place 2 is among the top hit movies of the pandemic era.

It is also expected that Shang Chi will overtake Scarlett Johansson’s starring movie Black Widow. The movie was hit at the domestic box office and earned $183.24 million. By the end of this weekend, Disney movie is expected to put $20-22 million more to tally. Talking about the worldwide collection, the film has made $272.93 million. It has collected $111.94 million from overseas territories.

Directed by Destin Daniel Cretton, Shang Chi stars Simu Liu, Awkwafina, Meng’er Zhang, and others in lead roles. Meanwhile, Awkwafina, who is riding high on the success of Shang Chi, spoke to IANS about working on Bollywood projects. She stated, “Yes, although I don’t think I can keep up. I think they are so good at what they do I will be out of breath at some point, but yes, if they just need me to sprint drinks around, I will be fine.”

The plot of Shang-Chi and The Legend of The Ten Rings moves around the life of Simu Liu as Shang-Chi, who is the master of unarmed weaponry-based Kung Fu. Later, he is forced to confront his past after being drawn into the web of the mysterious Ten Rings organization.

However, it is assumed that the big part of Shang-Chi’s success has been a lack of tentpole competition. Moreover, MCU movies are ruling at the box office with the movie – Shang Chi at number one and Free Guy in Second place.