Sci-Fi Movie To Watch This Fall 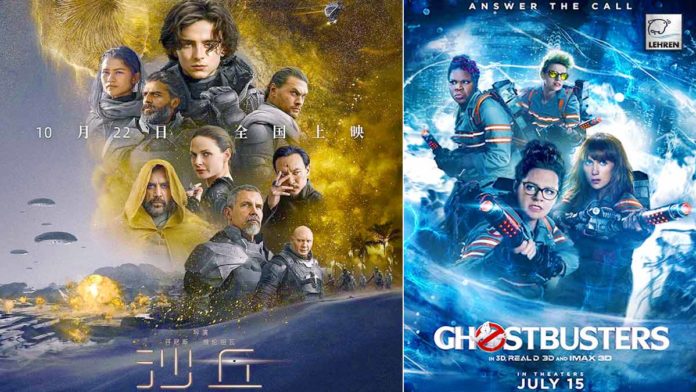 From most anticipated movies to animated ones, there are a plethora of movies that cover sci-fi genres.

2021 is coming to end and the cold weather sets in. It is the perfect moment to catch up on the few best 2021 movies you missed. However, science fiction has the power to blow the strongest minds. If films exist to involve us in a world different than our own, then science fiction endures pushing the boundaries of our imagination by possibilities for what the future of our planet and lives may hold. Here are the top 5 sci-fi movies to watch this fall.

Dune
Dune was one of the most anticipated sci-fi releases of 2021. The movie is adapted from the book by Frank Herbert. The plot follows a young man played by Timothée Chalamet in the far future, his family, and war over a planet that contains a sought-after substance. Other ensemble cast includes Oscar Isaac, Rebecca Ferguson, Jason Momoa, and Zendaya.

Ghostbusters: Afterlife
Ghostbusters: Afterlife is the sequel to the Ghostbusters movies from the 1980s. The storyline moves around a family that finds out they have a connection to the OG Ghostbusters. However, this movie will not hit the streaming services just yet, but it comes out in theaters starting November 19, 2021. The movie stars McKenna Grace, Finn Wolfhard, Carrie Coon, and Paul Rudd.

ALSO READ – If You Loved Squid Game, Watch These Shows On Netflix

I’m Your Man
If you love the sci-fi genre but currently you’re in the mood for a that has a comedy and a romance then must watch I’m Your Man. The movie is about an archeologist (Maren Eggert) who agrees to participate in a study in which she must live for three weeks with a humanoid robot (Dan Stevens) that has been programmed to be her ideal partner.

Godzilla vs. Kong
Godzilla vs. Kong is a sequel to both 2017’s Kong: Skull Island and 2019’s Godzilla: King of the Monsters. The plot follows the iconic monsters battling and stars Millie Bobby Brown, Rebecca Hall, Alexander Skarsgård, and Brian Tyree Henry.