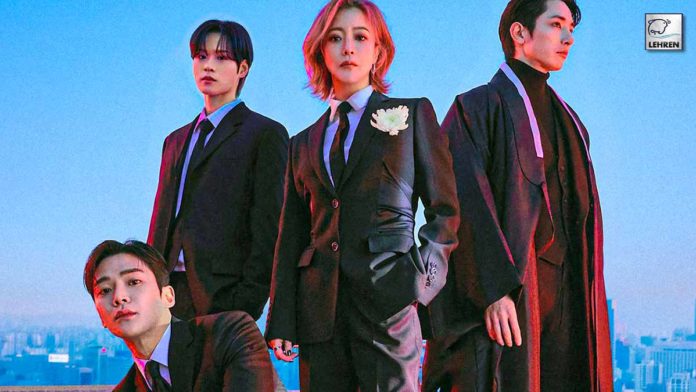 The wait is finally over, Netflix's new supernatural fantasy K-Drama 'Tomorrow' is here and if you haven't started watching it already, here's why you should!

If you’re a fan of fantasy shows, with supernatural characters and an oddly out f the world fictitious storyline, the new Netflix series ‘Tomorrow’ should be your next bet! The drama synopsis reads, “Made half-human and half-spirit by accident, a young man is employed by a company of grim reapers in the underworld to carry out special missions.” Thi K-Drama is also adapted from a very popular webtoon, like many series. Although Netflix has not described the drama in the true sense, the webtoon describes the plot of the series as,

“Junwung, an unemployed college graduate, slips into a coma when he accidentally falls off of a bridge. While he’s in a comatose state, he gets an offer from the crisis response team of the underworld company Flashback to temporarily join their team. If he accepts this offer, he could wake up early from the coma and even get rid of the karma from the past life that’s been holding him back from getting jobs! He’s got nothing better to do tomorrow, so it’s a beautiful day to save lives… with these grim reapers!!” And even if you’re not a fan of this genre, then there’s no harm in giving it a try because we are here to tell you why you should be watching ‘Tomorrow’ ASAP. And if you’re still not convinced, here are some solid reasons to start watching the series:

Who doesn’t like fantasies right? This drama is so different from the other dramas that made grim reapers look like villains. In ‘Tomorrow’ they’re the main heroes. The drama explores the dark sides of our society like bullying and suicide, whereas, in the first few episodes, grim reapers can be seen saving the lives of such victims.

The drama talks about the pressure of society one face, on a regular basis. Various social evils like bullying, suicide, nepotism, etc are addressed in this drama, making it not just entertaining but also thought-provoking. It talks about the loopholes in the governing system and how it’s taking a toll on everyone’s life, to the extent, that their last resort is suicide. In the first few episodes, this is what the grim reapers do, to save the lives of such people.

ALSO READ – How Did Sanjay Dutt Prepare For ‘Adheera’ From KGF 2 Despite Battling Cancer?

Grim reapers have always essayed a much grey character, but in this drama, they are the saviour of people’s lives. It gives a fresh, new twist to the old concept of grim reapers. The drama also shows a very interesting segment, the underworld, where people do everything they can so that they can be reborn again with all material luxuries in their next life.