R. Kelly Placed On Suicide Watch After Being Sent To Jail 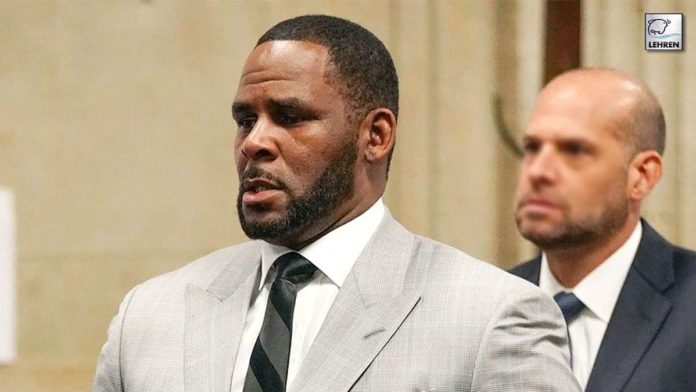 Nine months after a federal jury convicted R. Kelly guilty of one count of racketeering and eight violations of the Mann Act, he was sentenced to 30 years in prison.

R. Kelly, the musician who was convicted earlier this week to 30 years in jail on counts of racketeering and s*x trafficking, has been placed on suicide watch at the Metropolitan Detention Center in Brooklyn, New York, where he is being housed. Kelly’s lawyer, Jennifer Bonjean, shared with Entertainment Tonight, “Mr. Kelly was placed on suicide watch for purely punitive reasons in violation of his Eighth Amendment rights.”

Bonjean further shared, “MDC has a policy of placing high-profile individuals under the harsh conditions of suicide watch whether they are suicidal or not (this was done recently with Ghislaine Maxwell). MDC Brooklyn is being run like a gulag.” “My partner and I spoke with Mr Kelly following his sentencing, he expressed that he was mentally fine and ONLY expressed concern that even though he was NOT suicidal, MDC would place him on suicide watch (as they did following the guilty verdict),” he added.

Bonjean continues, “We are in the process of engaging in the court in this matter as his placement on suicide watch is illegal.” Nine months after a federal jury convicted Kelly guilty of one count of racketeering and eight violations of the Mann Act, he was sentenced on June 29 to 30 years in prison, five years of supervised release, and a $100,000 fine. While Bonjean requested the obligatory minimum sentence of 10 years in jail, the prosecution had urged the judge to sentence Kelly to more than 25 years in prison.

After Kelly was sentenced, legal expert Jesse Weber told ET, “This is the sentence I was expecting for R. Kelly and I think a lot of people were expecting. When you get convicted of s*x trafficking and racketeering, you expect a large prison sentence and this is exactly what we saw here.” Weber further added, “A stiff prison sentence sends the message to the world, one, that no one is above the law, two, the gravity of these offences can not be taken lightly and I think number three, which is probably the most important, the words of these victims, the words of these survivors really played a factor in this sentencing decision.

Weber continues, “I think this is effectively a life sentence for R. Kelly, he’s going to spend the rest of his time on Earth behind bars.” Since 2019, Kelly has been detained in a prison without bail. Kelly is facing a number of allegations outside of New York, including aggravated s*xual assault, child p**nography, enticing of a juvenile, obstruction of justice, prostitution, and solicitation of a minor in Illinois and Minnesota.