Kendall Jenner Reveals About Her Plans Of Becoming A ‘Mother’ And Freezing Her ‘Eggs’! 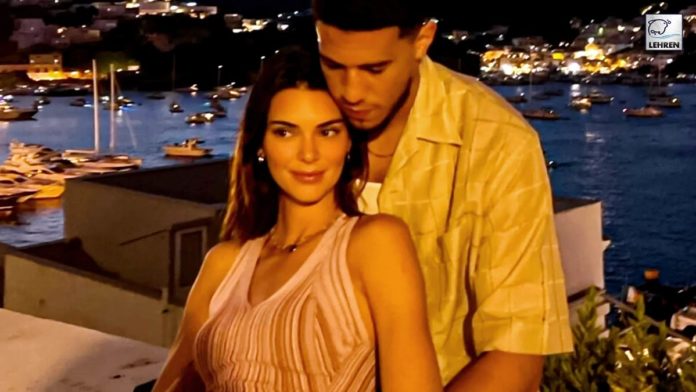 After sparking pregnancy rumours multiple times in the past, here's Kendall's take on motherhood and how soon she'll become one! Read to know more!

Kendall Jenner is touted to be one of the most successful personalities of the current times and certainly, one of the most paid models in the world, making her extremely popular. She needs no introduction, the young entrepreneur and fashion icon has achieved a lot of things in life and has established herself as one of the most followed celebrities in the world.

With that, Kendall’s love life has also flourished over the past several years, with her dating NBA player Devin Booker now. For the unversed, Kendall is the only sibling of the 6 Kardashian-Jenner clan who isn’t a parent yet. With even the youngest of the family, Kylie Jenner becoming a mother again, fans were speculating about Kendall’s plans of experiencing motherhood.

While Kendall’s relationship with beau Devin Booker is going steady, the 26-year-old recently even met Devin’s grandmother, so it’s hard to see why she isn’t ready for a baby yet. In one of the recent episodes of ‘The Kardashians’, Kris Jenner was seen asking Kendall about her plans of having a child, while Kendall instantly refused to talk about it saying it makes her feel ‘uncomfortable’ to talk about this on camera.

Confessing about the same, she said, “I still have a lot I have to figure out before I can welcome a child into my life,” she explained. “I am still just, like, enjoying life on my own and I’m okay with that right now.” When Kendall has time and about, shared her intentions of not having a baby anytime soon, mother Kris decided to have her eggs frozen, for the time being.

“When you were born, I made your body inside my body, so I made your eggs inside of me,’ Kris explained. ‘That means I made-” said Kris, soon she was interrupted by Kendal who said, “My eggs. I’ve seen this on TikTok. Are you watching TikTok?”. Kris decided to call her OB-GYN and ask about freezing Kendall’s eggs as the process would be more successful now, considering how young Kendall is.

While Kendall might not be ready for having kids anytime soon, she had opened up about her sisters’ kids and how that makes her feel, “It’s not that it’s more exciting than any other births in the family — it’s different exciting because she’s my baby sister who I grew up with. We all grew up in twos: Kourtney and Kim grew up together; Rob [Kardashian] and Khloé; Brandon [Jenner] and Brody [Jenner]; Burton [Jenner] and Casey [Jenner], and then Kylie and I. So to see my best friend growing up have a baby? It’s already made us even closer.”