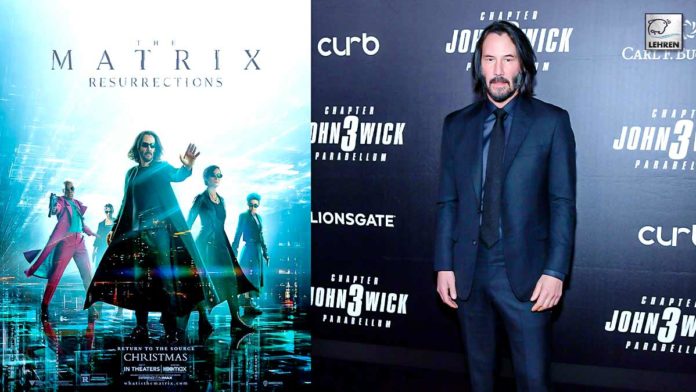 Keanu Reeves got a few million more than the $10 million base salary he earned for a movie that started the franchise, 1999's The Matrix.

However, this figure is just a few million more than the $10 million base salary Reeves earned for a movie that started the franchise, 1999’s The Matrix. The report further reveals that Reeves will receive, ‘back-end payment’ on top of his base salary after The Matrix Resurrections finishes its theatrical run. Although it is unclear how much the actor could stand to make. Meanwhile, a 2006 ABC story revealed that Reeves earned an additional $25 million from back-end deals from the first movie.

The Matrix earned $171.4 million domestic and $466.6 million worldwide during its theatrical run, from a relatively modest $63 million budget. The movie’s success lead to two more sequels being filmed back to back by the Wachowski siblings to shoot two sequels simultaneously, The Matrix Reloaded and The Matrix Revolutions. While Reeves’ salary for Reloaded and Revolutions was not revealed, Celebrity Net Worth claimed he earned over $120 million in bonuses from both sequels.

Given the massive success of The Matrix franchise, Reeves’ base salary for The Matrix Resurrections may be surprising, but it’s possible he took a lower salary to help the production since he’s done it before. Reeves reportedly agreed to reduce his salaries on The Devil’s Advocate and The Replacements by millions of dollars so they could afford other co-stars.

The ABC report revealed Reeves agreed to shave off ‘a few million’ of his paycheck on The Devil’s Advocate so they could secure Al Pacino, and that he did the same so The Replacements could afford Gene Hackman. Reeves also gave back to some unsung heroes of the first Matrix movie, signing over his profit-sharing points to the special effects and costume design teams.