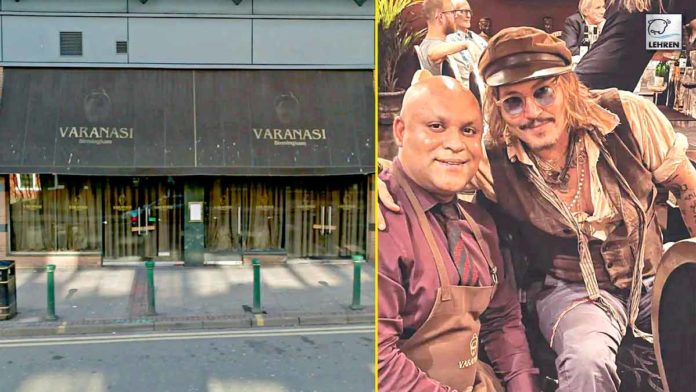 Since winning his defamation trial against ex-wife Amber Heard in the UK, Johnny Depp has been enjoying the time of his life. Earlier, The actor also joined rock legend, Jeff Beck, on stage to perform.

Johnny Depp’s most recent celebration comprised a colossally costly Indian feast. According to the New York Post, Johnny Depp spent more than $62,000 on the supper. On Sunday night in Birmingham, England, Depp shared the pricey curry spread with five companions. According to the New York Post, the Varanasi restaurant catered to the occasion. Cocktails and high-end Rosé Champaign complimented the traditional Indian feast.

The celebration included Johnny Depp, Jeff Beck, and around twenty other pals. The largest Indian restaurant in Birmingham was barely big enough to hold everyone. Johnny has been travelling the United Kingdom with his friend, basking in the adoration of the British public. He took some time for the crowd when he completed performing with Jeff Beck. Depp was greeted by a throng of fans as he exited the venue, where he posed for photographs and signed autographs.

The huge supper was the perfect way to end the night. The restaurant was closed to the public so that Johnny Depp and his companions may enjoy their lunch in solitude. Around midnight, the event came to a close. The exquisite eating selections included shish kebabs, chicken tikka, paneer tikka masala, and lamb karahi. Johnny Depp sure knows how to entertain and the people at Varanasi were more than willing to oblige.

The case’s trial began in April 2022 and ended in June 2022, with a seven-person jury of five men and two women finding Heard guilty of all three charges of defamation in her complaint against Depp. The jury awarded Depp $15 million in total damages, with $10 million in compensatory damages and $5 million in punitive penalties.

Depp was found guilty of one count of defamation against Heard by a jury and was sentenced to pay her $2 million in compensatory damages and zero dollars in punitive penalties, totalling $2 million. After a Virginia jury decided in favour of the “Pirates of the Caribbean” actor in his defamation case against Heard on Wednesday, Heard’s lawyer stated on Thursday that she won’t be able to pay them more than $10 million in damages she owes to him.