Jennifer Aniston On Her Role As Rachel Green In FRIENDS 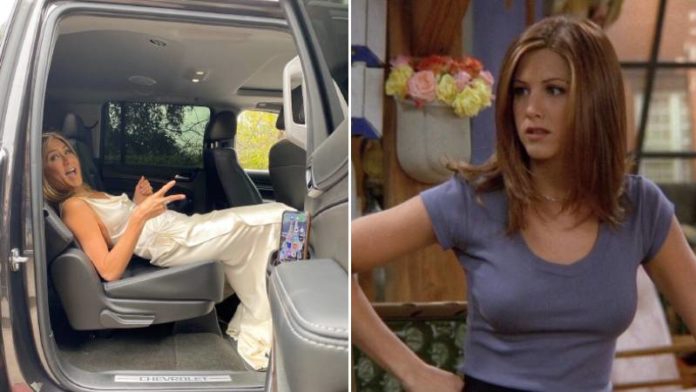 Hollywood actress Jennifer Aniston became famous worldwide for her portrayal of Rachel Green in the 90s world-renowned sitcom FRIENDS. The American sitcom to date it is re-aired in many countries and is already available on streaming giant Netflix. The last episode of the 10 season show aired in 2004 and since then fans have been speculating the reunion of the six characters. Earlier this year, the main leads of the sitcom confirmed about an unscripted reunion but perhaps it got postponed due to the on-going coronavirus pandemic.

In a recent interview, Jennifer Aniston revealed that she couldn’t escape Rachel from FRIENDS. During the interaction, the 51-year old actress said she had to prove herself since the character wouldn’t leave her. She said, “You just exhaust yourself. I mean, I could not get Rachel Green off of my back for the life of me. I could not escape ‘Rachel from Friends.”

Aniston further added, “And it’s on all the time and you’re like, ‘Stop playing that freaking show!’”

Jen then mentioned, “The Good Girl was the first time I got to really shed whatever the Rachel character was, and to be able to disappear into someone who wasn’t that was such a relief to me.”

The Break-Up actress then shared that she told herself that everybody else is noticing something that she is not seeing. Jen said that she thought she is that girl in the New York apartment with the purple walls. She further revealed, “I was almost doing it for myself just to see if I could do something other than that.”

Jen then said that she had to remind herself who she was in the industry is something she can’t be forever. She has to move past that person and stop trying to prove herself to the people.

Speaking of the FRIENDS Reunion, all the six characters of the sitcom are elated to be a part of the same.

Must Read Lisa Kudrow Is Excited About FRIENDS Reunion!