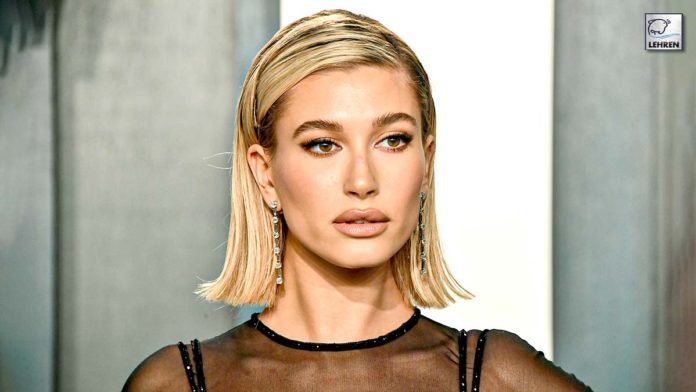 For the time being, Hailey Bieber is allowed to continue naming her skincare line Rhode. Find out the most recent information about the name dispute in court.

The New York apparel and lifestyle firm Rhode (styled RHODE) had filed a trademark infringement lawsuit against the model over her hew skincare line, also called Rhode, and a judge has now ruled in Hailey’s favour. The organisation had filed a motion for a preliminary injunction in their case. In connection with Hailey’s intention to produce her documentary The Making of Rhode, which was released later that day, the corporation filed an emergency letter move on July 22.

Documents acquired by E! News show that the judge rejected the group’s request for a preliminary injunction without prejudice after watching the tape that the model had given to the court for consideration. According to Hailey’s family attorney, Michael Rhodes, “We are pleased with the court’s thorough order denying plaintiff’s motion to preliminarily enjoin Hailey’s new company and skincare line.”

RHODE, however, is continuing to battle in court. According to a statement provided to E! News by a corporate representative, “Our lawsuit continues. Today’s court ruling is simply a decision by the judge not to prohibit Hailey Bieber’s skincare line from using our brand name while litigation proceeds, deferring the ruling until we have the opportunity to gather more evidence.”

The spokesperson went on to say, “We remain confident that we will win at trial. ‘Rhode’ is our name and brand, we built it, and federal and state laws protect it. We ask Hailey to achieve her goals without using the brand name we have spent the last nine years building.”

Purna Khatau and Phoebe Vickers, the creators of the fashion firm, charged in their initial lawsuit that Hailey Bieber didn’t care “that two other women entrepreneurs had been exploiting the RHODE brand name for years.” They stated on June 21 that they “admire Hailey,” who “has worked hard and earned the ability to create her own skin-care line,” on the company’s Instagram page. “We didn’t want to file this lawsuit, but we had to in order to protect our business,” they added.