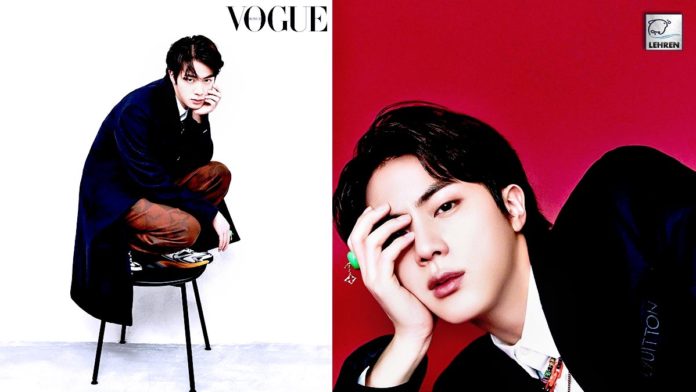 Despite being a member of one of the world's most popular bands, Jin admitted that he didn't believe he actually excelled at anything.

Korean pop band BTS is one of the most popular groups in the world. And recently one of its members, Jin, opened up about his nickname, and his talents. BTS singer Jin (real name Kim Seok-jin) opened up in an interview with Vogue Korea, where he admitted his nickname ‘Worldwide Handsome’ is a joke.

However, when asked about his nickname, the 29-year-old singer candidly said, “Honestly, there are lots of people who are more handsome than I am.” “‘Worldwide Handsome’ is a joke I make for laughs. It’s also true that there are lots of people who sing and dance better than I do,’ he added. ‘But because other people see me as better than I really am, I work hard to try to live up to how they see me,” Jin continued.

Jin further said, “You know how everyone is born with a certain talent? I think my talent is that when something unpleasant happens or when I’m having a tough time mentally, I’m able to forget things quickly.” Jin added that “if I focus on my everyday life, I naturally wind up forgetting and moving forward.” Jin also made quite the surprising admission that he doesn’t think he’s special at all. “I’m nothing special, and I’m someone who doesn’t particularly excel at anything,” Jin said.

Meanwhile, despite being part of one of the world’s most popular groups, Jin also admitted that he didn’t believe he actually excelled at anything. “But I still have a hard time accepting that. If someone were to ask me what sets me apart from other people, I wouldn’t have much to say other than ‘I’m a member of BTS,'” Jin shared.

However, his bandmate and BTS leader RM earlier spoke with Vogue Korea about career expectations for the group and their longevity. “I can be honest about my emotions when it comes to the visual arts. Because with music, it can get hard if you start to feel jealous of other musicians,” he said. “There are so many outstanding musicians, and there’s always an endless stream of new artists,” he added.