Brie Larson Confesses Of Feeling Ugly Most Of The Time 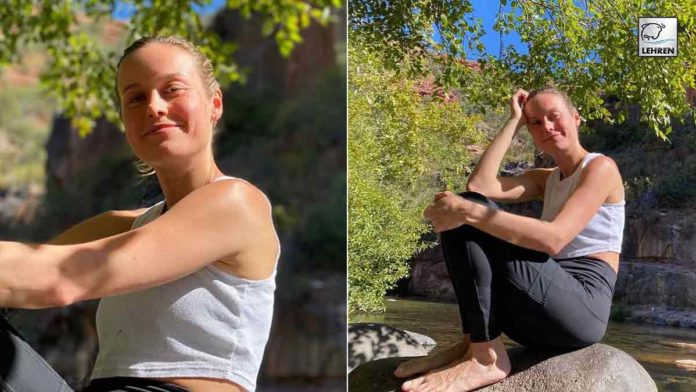 Brie Larson makes a confession of feeling ugly most of the time. She also places emphasis on accepting our own selves. Read below to know more.

Actress Brie Larson is one of the noteworthy celebrities of the tinsel town. She has garnered a lot of fame for playing the role of Captain Marvel. Indeed, the actress is also a very interesting person in real life too. In her recent interview, Brie Larson made a confession of feeling ugly most of the time.

In the recent times, many celebrities have been candidly opening up about their struggle with mental health and the insecurities they deal with. A celebrity being transparent about his or her struggle gains a lot of respect from his fans and followers.

Speaking of Brie Larson, in her recent interaction with the W Magazine, she made a confession of feeling ugly most of the time. The 31-year old actress also mentions that she doesn’t believe in beauty standards.

Explaining herself, Larson told W Magazine, “I don’t believe that there is a beauty standard. I struggled with feeling ugly and like an outcast for so much of my life. And so I really, really feel for that. It took me a long time to be able to be totally comfortable with myself. The thing that has brought me solace is knowing that I can be whoever I want to be with myself.”

Furthermore, the Trainwreck actress also places emphasis on accepting our own selves. She also empathised with the people who don’t feel comfortable in their own skin.

Larson added, “What breaks my heart is to think of people in the world who don’t feel that they have safety within their own bodies. That, to me, is my ultimate goal in life: to do whatever it is that I can so people have the freedom to express themselves and be exactly who it is that they want to be, whatever that is, knowing that that can also change.”

On the work front, Brie Larson will feature in Captain Marvel 2. It will reportedly be released in 2022.