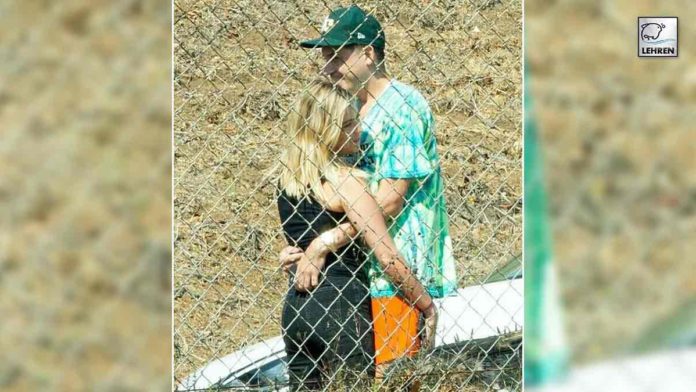 Ashley Benson and G-Eazy’s PDA pictures went viral on social media, and they are making the netizens gush. The Pretty Little Liars’ star visited her boyfriend G-Eazy while he was shooting a new music video. Read below to know more.

Ashley Benson and G-Eazy’s public display of affection has left the netizens gushing. In the picture, we can see lovebirds hugging and kissing each other. The mushy pictures are proof how much in love they are with each other.

The shooting of G-Eazy’s new music video took place in Malibu, California on Thursday afternoon. The couple is keeping their outfits casual.

While Benson donned a black t-shirt and jeans, G-Eazy is complimenting the star with a green-blue marble look t-shirt and bright orange shorts. The singer paired his outfit with a dark green baseball cap.

The couple sparked dating rumours back in May. There were also rumours stating that Ashley and G-Eazy allegedly have got engaged. It was because the actress was spotted with a diamond ring on her left ring finger.

For the unversed, Ashley Benson earlier was in a relationship with actress Cara Delevingne. Their love story is nothing short of a fairytale but they eventually parted their ways in April 2020.

As of now, Cara Delevingne is allegedly dating model Kaia Gerber. The lovebirds were seen cuddling during a Black Lives Matter protest.

Unlike Ashley Benson, actress Cara Delevigne hasn’t made her relationship with Kaia Gerber. However, the rumours mills are churning out gossip stating that there’s surely something happening between the two.