Saif Ali Khan Breaks His Silence On Nepotism, Says That He Has Experienced Politics 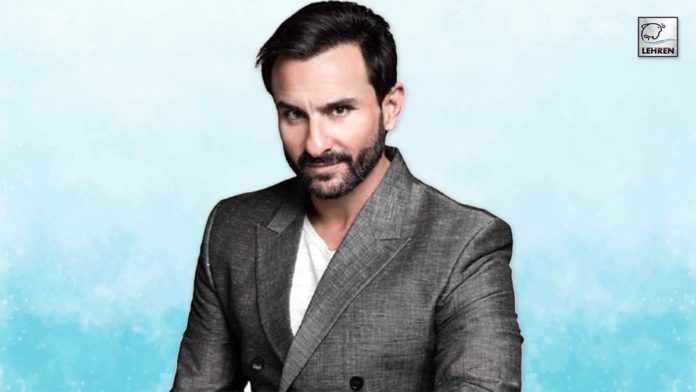 Saif Ali Khan speaks up on nepotism says that he got upset when people ridiculed him for saying that he has been a victim of nepotism. Saif Ali Khan also added that he has battled dark times. Read below to know more.

There’s no doubt Bollywood actor Saif Ali Khan is among the versatile actors in the industry. The 50-year old actor has a knack to role any role with absolute perfection.

Saif Ali Khan has aged like wine and so have his acting skills. His recent roles in Sacred Games and Tanhaji: The Unsung Warrior was lauded by the masses.

Speaking of the same, Saif recently broke his silence on nepotism and confessed he has experienced politics in the industry.

The actor said that he doesn’t think he has had a particularly easy in the entertainment industry. Saif mentioned many people believe the opposite of it.

Clarifying himself, Saif said, “I’ve done a lot of stuff that a lot of people wouldn’t have done. I mean I’ve played third lead in some dodgy films like ‘Surakshaa’ and ‘Ek Tha Raja’, which nobody has heard of.”

The actor said that amid everything he never questioned where he is going, as he knew what he was doing.

Explaining himself, the Kaalakaandi actor said that when you’re 25 it helps not knowing where you’re going but it’s not the same once you turn 50.

Saif also admitted to having become a victim of politics in Bollywood. He revealed that a film offered to him won’t be in his kitty anymore even after when everything was down on paper.

Later after losing the film, Saif would receive a call stating that someone important rung up and asked to do so.

Speaking from experience Saif said, “The first time it happened, I couldn’t do anything about it because I was too young, and the second time they tried to do it I made a few phone calls myself and said that you can’t do this and made a big fuss. Then it came back, and my manager said ‘wow’.”

Opening up on nepotism, Saif said, “I’ve been thrown out of my own film.” So, he has experienced nepotism and favouristm.

However, Saif Ali Khan asserted that Bollywood is a wonderful industry and hard work pays off.