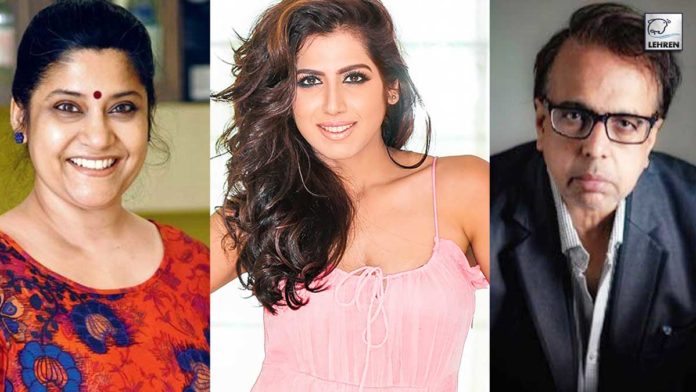 Lakshmi R Iyer, a popular filmmaker who boasts a portfolio of working with the who’s who of the Indian film fraternity, is now back with First Second Chance, an upcoming short film soon to go on floors in August. With a casting coup comprising of Ananth Mahadevan and Renuka Shahane, the film is a story of love and emotions.

“It is the heartwarming story of two people who give themselves a second chance. An emotional rollercoaster, the film stars Ananth Mahadevan and Renuka Shahane in the lead roles. When I read the story, these two faces came to my mind, and I am so glad they heard the story, shared my excitement, and consented to be part of the film.”

Contagious energy has always been a part of Lakshmi R Iyer’s persona. The modeling bug bit her in 2010, that too, as a chance outing! She says, “It was destiny. I happened to meet a well-known model at the airport and he suggested that I should get a portfolio done.” She went on to do multiple print ads and TV ads.

But when the opportunity came to start her life behind the camera, Lakshmi was more than excited. Interestingly, during Lakshmi’s modeling days, she also juggled between assisting Director Anand Kumar, the man behind films like Delhi Heights and Jugaad. That’s how it all started behind the camera which turned out to be an excellent learning curve!

Lakshmi began her career as a Communications Lead with IBM in Dubai, a starkly different portfolio than what she is handling today. “During my IBM days, and I kept asking myself what makes me happy and what do I want to do in the future. Modeling came my way. And then I realized my true calling was filmmaking and the move to behind camera to from the front of the camera happened. I knew I was ready and this was something God planned for me.”

Lakshmi R Iyer turned CEO and founder of Streetsmart Production as she made her foray into filmmaking. This was in 2015. “Nugen Media a Dubai-based film production house met me. They had seen my body of work and loved it. My experience of more than a decade in the industry helped and I joined the team for the international film ‘The Gandhi Murder.”

The opportunity it was with more than 34 nationalities getting together to make this movie. Lakshmi is modest. “I got an opportunity to work and learn from veterans like Late Om Puri, Saroj Khan, Stephen Lang of Avatar Fame, Nassar, Rajit Kapur, and Govind Namdev to name a few. I learnt so much. It was absolutely enriching in every sense,” she avers.

In a familial dedication to her father, the most important person in Lakshmi R Iyer’s life, she directed Appa, her directorial debut in 2017 starring Amit Behl, Abhey Jit Attri, and, interestingly, Lakshmi herself too! It is the story of a loving single father of an adopted beautiful daughter in a perfect happy family of two! “My father, I call him Appa, is the most important person in my life. He stood by me in the darkest days and gave me the strength to fight back. Over the years, he has made me a better human being with his guidance,” she says while sharing that she still maintains an excellent relation with Amit Behl who essayed her Appa!

Wrong Mistake, the film starring Sushant Singh and Achint Kaur, was based on a surprise gift given by a wife to her husband on Valentine’s Day and its effects thereafter and crossed 4 million-plus views on YouTube.

Seasoned with love starring Sudhanshu Pandey, Flora Saini, and Richa Sony came next. The film was about a loving wife paying a surprise visit to an unfaithful husband and its after-effects, crossing over 87 million views on YouTube.

What to expect next from Lakshmi R Iyer? “Well, I plan to start writing my first feature film by the end of this year. But as of now, it is First Second Chance!”