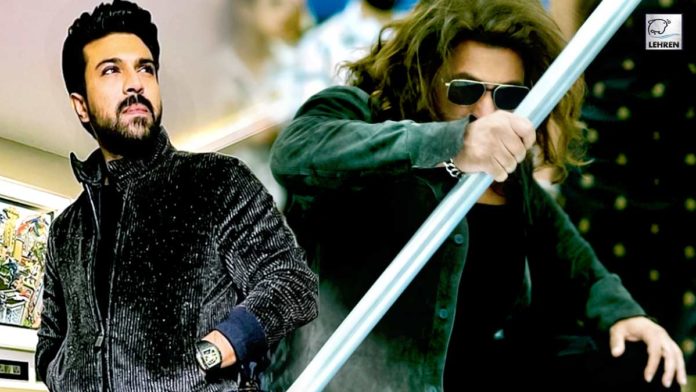 Ram Charan joins the Kabhi Eid Kabhi Diwali crew, South actor Ram Charan is expected to make his cameo with a song in the film.

After many additions to the film, South industry actor Ram Charan is now expected to make his cameo in Salman Khan’s upcoming flick ‘Kabhi Eid Kabhi Diwali’. As per the reports, Salman Khan was shooting for a larger-than-life song yesterday in Hyderabad when Ram Charan went to meet the actor. It was then that they came up with the idea of Ram making a cameo in the song, which the actor graciously agreed to. The song is expected to be an exciting number mounted on a massive scale, and Salman and Ram’s camaraderie in it is to look out for.

Meanwhile, it is also said the film title will soon be changed back to its original name ‘Bhaijaan’. According to the reports Palak Tiwari will now be seen in Salman Khan starrer ‘Kabhi Eid Kabhi Diwali’. The actress has been picked by Salman Khan himself as now she will be seen opposite Jassie Gill. According to reports, Palak has been handpicked by Salman himself. She will be seen opposite Jassie and has an amazing track in the film. She has joined the shoot.

The shooting of the much-anticipated Salman Khan starrer film has started a few weeks ago, the whole team has jetted off for its shoot in Hyderabad. While recently the cast of the film went under a few changes leaving out Aayush Sharma and Zaheer Iqbal while roping in Siddharth Nigam and Jassie Gill. Bigg Boss ex-contestant Shehnaaz will also be seen in the film in a pivotal role.