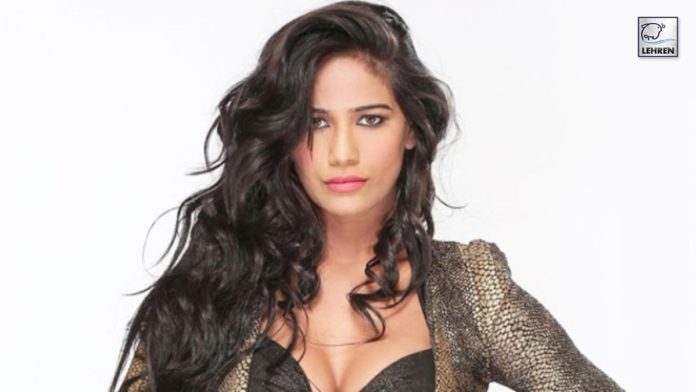 Actress Poonam Pandey has once again become the talk of the town. The reason behind the trouble is a video that she shot in Goa. The Women’s Wing Of The Goa Forward Party has filed a complaint against the Nasha actress for shooting an obscene video in Goa. Following the complaint, Poonam Pandey has gotten herself into yet another legal trouble.

For the unknown, Poonam Pandey is quite active on her social media handles. She usually posts adult-oriented content. The actress recently shot a video in Goa’s Chapoli Dam. This video apparently didn’t go down well with The Women’s Wing Of The Goa Forward Party. Following the same, they put Poonam Pandey into legal trouble.

According to the reports by ANI, the complaint has been filed against an unknown person for shooting vulgar content. The Women’s Wing Of The Goa Forward Party also filed a complaint against Poonam Pandey who featured in the video.

Well, this for the second time in recent times that Poonam Pandey has landed herself into legal trouble. Around a month back, after tying the knot with Sam Bombay, the actress accused her husband of molestation and physical abuse.

Following the molestation and physical abuse complaint, Sam Bombay was taken into custody the Goa Police. However, later Poonam withdrew her complaint against her husband.

Later on in an interaction Poonam revealed the reason behind withdrawing the complaint against Sam. She said that they are trying to iron out certain things. As of now, everything is sorted between them assured the actress.

Furthermore, Poonam adds that they both love each other very much. Hence, they are back together as every marriage has ups and downs.