Payal Ghosh on Anurag Kashyap; Shared Everything With Irfan Pathan 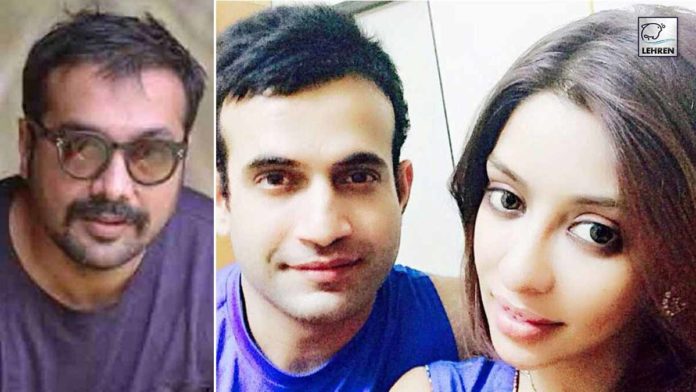 Payal Ghosh is disappointed with good friend Irfan Pathan over his silence on the Anurag Kashyap row.

Payal Ghosh has accused filmmaker Anurag Kashyap in a #metoo allegation. She accused him of sexual harassment and also of forcing himself on her. She shared this on social media.

There is a case filed against the filmmaker regarding these allegations. While Ghosh accused the filmmaker, she also took names of actress Richa Chadda, Huma Qureshi and Mahie Gill. While others were quiet, Chadda filed a defamation suit against Ghosh and won. Amidst all of these matter, Payal Ghosh has now made another huge revelation.

According to her Twitter handle, good friend cricketer Irfan Pathan apparently knew about  all the allegations and still kept quiet.

The Bengali actress told her followers and supporters about how she had shared all of her conversations with the cricketer. She mentioned that while they did not speak about Anurag Kashyap’s sexual harassment with her, he knew a substantial amount of detail. Ghosh is also upset on his silence over the matter as she always thought of him as a good friend.

She tweeted: “I have definitely not talked about mr. kashyap raped me but I shared everything with @IrfanPathan about the conversations including (xyz) alas!! he is keeping mum inspite of knowing everything and once he claimed to be my good friend.”

In another tweet she added ‘The point of tagging @IrfanPathan⁩ doesn’t mean I have any interest in him but he’s the one I have shared everything about Mr. Kashyap but not d rape thing.. I know he believe in his faith and his elderly parents so I expect him to talk about whatever I shared wd him.’

Meanwhile Payal Ghosh had filed an FIR against Kashyap that led to him being questioned for hours at Versova Police station. While nothing has been proven either this way or that, allegations have run rampant. Anurag Kashyap has denied everything.Kashyap’s lawyer has submitted enough proof that his client was not even in the country when these allegations were made. Further investigation is yet to be carried. Apart from all this Anurag Kashyap has also received the support and love from actress and his ex wives. They stand with him.

Payal Ghosh meanwhile is in hot waters as the defamation suit against her unfolded. Richa Chadda had filed for it and asked for an apology and 1.1 crore in compensation. After winning the case and getting the apology, Chadda in a surprising move let go monetary compensation. She said that it was never about the money anyway. All she wanted was not get her name dragged. An apology and being proved right was enough. After all reputation and goodwill is everything.