Pankaj Tripathi Voice Changes He Would Like To Bring In Bollywood 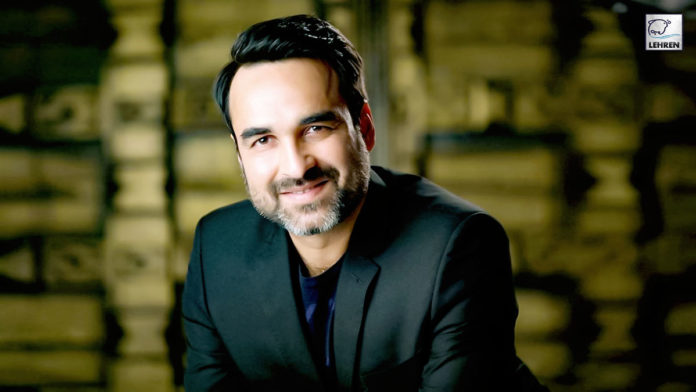 Pankaj Tripathi has struggled a lot to create his name in Bollywood. The actor has done ample movies and tv series but rose to fame with Gangs of Wasseypur. Mirzapur’s Kaleen Bhaiya has come a long way from a cameo in ‘Run’ to exemplary roles in Fukrey, Bareilly Ki Barfi, Newton, Stree, Ludo, and Mimi. Apart from featured films the incredible actor has delivered the best of him in web series like Mirzapur, Criminal Justice, Yours Truly, and Criminal Justice: Behind Closed Doors.

Pankaj shared his thoughts in an interview with Bollywood Hungama. He said: “There are a lot of obstacles, challenges, competition, insecurity but despite that, I’m here working on my terms and conditions and people have accepted me. I’ve respectfully refused films of big production houses that ‘No, this isn’t exciting me’ and the other person has accepted it.”

He further added, “But yes again several times I would like to change about this industry that you decide the value of the artist too quickly. Don’t decide the value, try to give everyone equal opportunities. But again, be it a business or the industry it is difficult to say that everyone should get equal opportunity. Because it’s a business, how will everyone have the same opportunity?… But yes several times, talents like me need a while to arrive in the film industry. At times, people more talented than me are still in a queue finding their own space.”

Pankaj Tripathi is gearing up for his upcoming movie ‘Sherdil: The Philibit Saga’. The comedy-drama helmed by filmmaker Srijit Mukherji also stars Neeraj Kabi and Sayani Gupta. The movie is produced by Bhushan Kumar, Reliance Entertainment, and Match Cut Productions Private Limited. The movie is expected to hit the theaters on June 24th, 2022.

On the work front, Pankaj will be next seen in ‘Sherdil: The Philibit Saga’. He is also working on Fukrey 3 and began shooting for Mirzapur 3. His character of Kaleen Bhaiya is loved by millions in the popular Prime Video series. Mirzapur is Produced by Ritesh Sidhwani and Farhan Akhtar under Excel Entertainment.