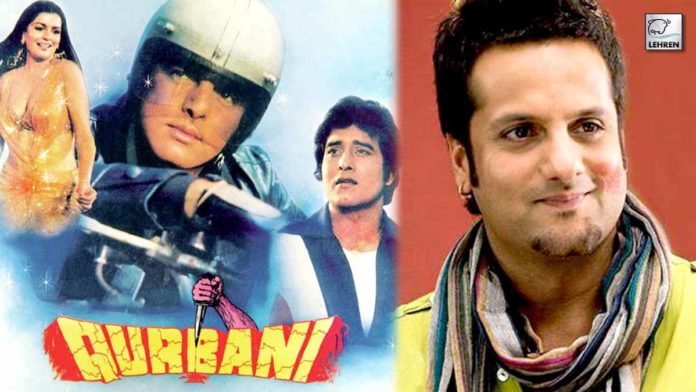 The iconic cult movie to date ‘Qurbani’ has completed 42 years. The film directed and produced by the late filmmaker Feroz Khan was a masterpiece in 1980. Actor Fardeen Khan celebrates 42 years of Qurbani which happened to be one of the most iconic films for movie buffs. The No Entry actor recalls why the film was special and close to his father.

Taking a dive into nostalgia Fardeen shared Feroz Khan’s words that explained why the film was so important to him. The thriller movie was made with a lot of love and sweat. Fardeen posted a series of posters and shared an anecdote to celebrate 42 years of Qurbani. He took to his Twitter handle and wrote: “42 years since the release of #Qurbani. In FK’s own words, “Son, I had gambled my last shirt making this film. If it hadn’t worked we would’ve been on the street’s”. People 2day aren’t aware of what it took to make a film back then. Literally blood, sweat and tears.”

It is reported that Qurbani was inspired by the 1972 Italian movie The Master Touch and was later remade in Tamil with Rajinikanth playing the lead role. As the name suggests Qurbani was all above sacrifice, love, and friendship. Days after its release the movie was declared a blockbuster receiving love and appreciation.

Meanwhile, actor Fardeen Khan is returning to the industry after 12 years of hiatus. He underwent an extreme transformation for the same. The Actor is said to make a comeback with a sequel to his hit comedy No Entry. Director Anees Bazmee is geared up to make a sequel of the movie which is tentatively titled No Entry Mein Entry. The movie will also star Anil Kapoor and Salman Khan along with Fardeen Khan. The trio is set to reunite for the sequel that is expected to go on floors by the end of this year or the start of 2023. Fardeen recently wrapped filming Sanjay Gupta’s Visfot.