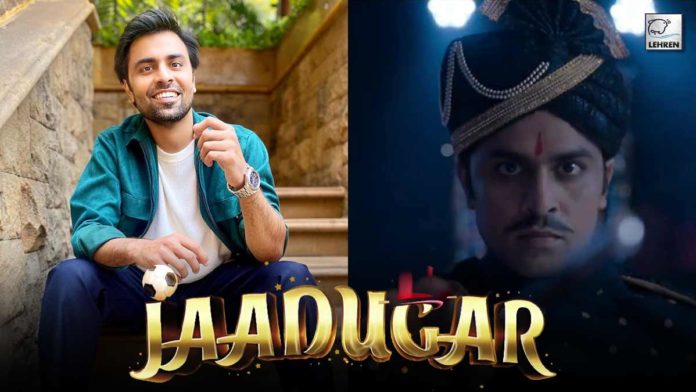 After giving mega-hit series Panchayat, actor Jitendra Kumar is back on OTT with his upcoming film, Jaadugar, read to know more.

Panchayat star Jitendra Kumar is all geared up to impress his fans yet again with his new avatar in his upcoming film ‘Jaadugar’. The film is slated to release on Netflix next month on 15 July. The film is a sports comedy and will star the actor in a different role.

The film is set to make its launch on the OTT platform, Netflix on 15th July. Set in a football-loving town Neemuch, ‘Jaadugar’ is a story of a small-time magician, Meenu, with no athletic skill who must prove his worth in a prestigious inter-colony football tournament, in order to marry the love of his life. There are just two things against him – the girl doesn’t love him back and his team hasn’t won a game in years. The film is directed by Sameer Saxena, produced by Posham Pa Pictures, and stars Jitendra Kumar, Javed Jaafery, and Arushi Sharma in lead roles.

Seeing the Panchayat actor’s film teaser, the netizens went on with their reactions on his upcoming film ‘Jaadugar’ as one person wrote, “From Pitchers to the big screen, Jeetu’s journey has been astounding!! What a talent”, another user wrote, “Can’t wait to see our Jeetu Bhai in a new avatar! “, “There’s no stopping Jitendra now.” and more.

On the work front, Jitendra Kumar was recently seen in Panchayat Season 2, which is streaming on Amazon Prime Video. The series emerged as a megahit among the audience breaking the records of Kartik Aaryan’s Bhool Bhulaiyaa 2 as well. Jitendra also starred in Shubh Mangal Zyada Saavdhan opposite Ayushmann Khurrana. Apart from this, he was also seen in Chaman Bahar, TVF Bachelors, and TVF Pitchers and is well known for his role as Jeetu Bhaiya in Kota Factory.