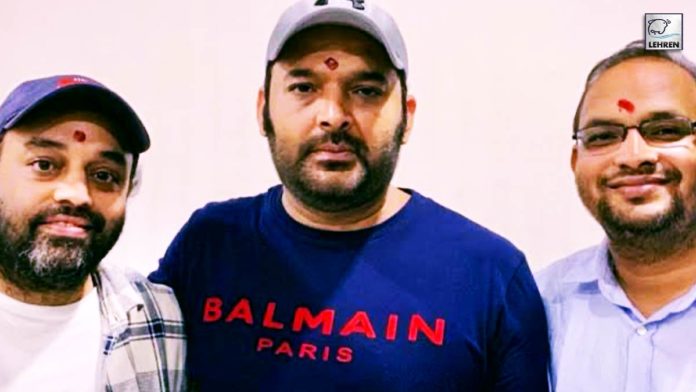 The film titled ‘Funkaar’ is said to be directed by Mrighdeep Singh Lamba and produced by Mahaveer Jain of Lyca productions.

It might not be the highest TRP-rated show currently, but there was a time when comedian Kapil Sharma rose to fame and success with his show “Comedy Nights With Kapil”, the highest-grossing show in the history of Indian Television. Fans watched the episodes on repeat while celebrities queued for weeks to get their films and projects promoted on the show. The show has also helped many fight their mental and physical battles, the show wasn’t just a show but an emotion to many.

And just like that, Kapil Sharma became a household name. From brand endorsements to film offers, Kapil’s success saw no boundaries as he rose to be one of the eminent comedians of India. Perhaps the only comedian of the country who received so much love and appreciation from his fans. It was these fans who were deliriously happy to learn about a recent update in the comedian’s life. With “Fukrey’s” fake director Mrighdeep Singh Lamba’s announcement of a biopic on the comedian’s life, fans were quick to give reactions on the internet.

Many were happy to receive the good news, and rightly so, Kapil’s life journey is an eventful one, coming from a small background in Amritsar to a struggling artist in Mumbai to one of the most popular entertainers of the country. Many believed it would be rather exciting to witness this roller coaster journey of the comedian on a big screen. While the majority chunk disbelieved. Many expressed how it was too quick to see a biopic of a comedian, who still has so much to achieve in life and career. Any thought the makers were in a hassle to make a film just to make money.

“end of Bollywood is near then – bas biopic aur remake” a user shared his disagreement. “Final nail in the coffin” one user concluded.

“Arey who is giving these shitty ideas why will audience come to theaters all over North India for this??” mentioned one user.

“Whaaaaat…. Bollywood does not have good scriptwriters.. Who is the hero then? Ranveer Singh?” mocked one user. “Bollywood at its lowest level” one user declared.

Kapil Sharma is currently hosting his TV show “The Kapil Sharma Show”. He has also acted in lead roles in films like “Kis Kisko Pyaar Karoon” and “Firangi”.