Mouni Roy Opened On Being A Part Of Brahmastra: Part One Shiva 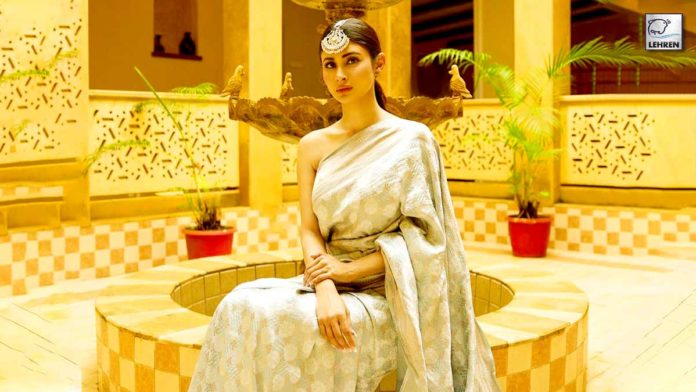 Brahmastra is a fantasy adventure based on Hindu mythological concepts. The movie is a cinematic universe created with an ensemble cast including, Ranbir Kapoor, Alia Bhatt, Mouni Roy, Amitabh Bachchan, and Nagarjuna among others. Antagonist, Mouni Roy opened up on being a part of the magnum opus Brahmastra.

In a recent interview with Bollywood Hungama, Mouni Roy revealed how she bagged a role in Brahmastra. She was offered a special appearance but later she happened to be the film’s main villain. Made In China actress also spoke on working with A-lister co-actors Ranbir Kapoor, Alia Bhatt, Amitabh Bachchan, Nagarjuna and Shah Rukh Khan. She said, “I suddenly kind of realize why they are in life. It made so much of a difference in terms of the experience that I gained while shooting this film, the kinds of things that I have learned while shooting this film and just to be a part of this world, I feel like it’s a privilege.”

Mouni also highlighted on how she bagged a role in Brahmastra. The actress was initially offered a special appearance that later turned into films antagonist. She said, “Mukesh Chhabra called me when I was in London. He said, ‘Do you want to play a special appearance in this big film that Ayan is making? With Ranbir, Alia and Bachchan sir.’ I said ‘Yeah, of course.’ He asked ‘When are you back?’ and. I said ‘I’m back in a week.’ So, I came back and I still remember that first meeting with Ayan and you know, I was performing that same evening at an award function I remember. So, I asked him if the meeting is going to take a lot of time. So, he said, ‘No, it won’t, it will probably take like 10 minutes.’ So, I was like, okay, but then I went in for the meeting. I remember coming out of the meeting after three and a half hours.”

She further added, “So, Ayan and me kind of got talking. And he kind of explained to me the world of Brahmastra and how he had conceptualized it, how he’d be working for it for many years. And I was immediately drawn into the world and as he tells everybody, in fact, I came on board as a special appearance to it becoming lengthier role to me becoming the antagonist and the main villain in the film. So, it has been a journey even after me coming on board in the film.”

Brahmastra is the biggest budgeted film of 2022 and it is finally set to release after years in the making. Written and directed by Ayan Mukerji the film is backed by Karan Johar under the banner of Dharma Production. Brahmastra: Part One Shiva is set to release on 9th September.