List Of Bollywood Celebrities Who Turned Into A Vegetarian Or Vegan 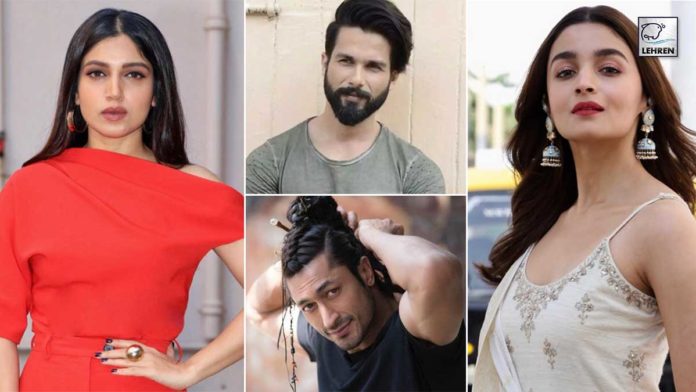 Here’s a list of the Bollywood celebrities who ditched non-vegetarian food and adopted a vegetarian or vegan diet as a part of their lifestyle. Read below to know more.

A few of them are vegetarian due to the morals and principles.

Here’s a list of a few Bollywood celebrities who turned into vegetarian or vegan:

The recent member to join the bandwagon is actress Bhumi Pednekar. The 31-year old actress turned into a vegetarian amid the lockdown. Speaking about her journey of turning into a vegetarian, Bhumi mentions that she has never been a heavy non-veg eater and the shift happened organically. The actress now feels guilt-free and physically strong after becoming a vegetarian.

Shahid Kapoor has been a vegetarian for a very long time. The Kabir Singh actor is a vegetarian adhering to his morals and principles. Not only this but he also been bestowed PETA’s Hottest Vegetarian alongside a few other Bollywood celebs. The actor says that he’s very happy to be a vegetarian and believes that it is the best way to be.

Actress Kangana Ranaut turned into a vegetarian because being a non-vegetarian was blocking her spiritually. The Queen actress confesses that leaving behind a non-veg diet wasn’t easy and she also sometimes craves it. However, she believes that with willpower one can do it.

The hunk of the tinsel town, actor Vidyut Jamwal is also a vegetarian. The Commando actor with his chiseled abs has adapted to a vegetarian lifestyle for over a decade now. Jamwal known for his action moves says that being vegetarian helps him agile and faster.

Actress Alia Bhatt recently switched over to a vegetarian diet after being an avid meat eater for a very long time. The 27-year old actress is very happy after the change in her diet as it helps her with her physical health as well.

Aamir Khan is among the people who enjoyed having fish, meat, and eggs. However, the 55-year old actor turned a new leaf in his life and turned into a vegetarian. The PK actor not only did quit non-veg food but also gave up all the dairy products. Basically, Mr. Perfectionist of Bollywood is a vegan now.

Everyone knows how much Anushka Sharma adores animals. The actress revealed that it was difficult for her to turn into a vegetarian but it is a conscious choice that she made. It was Anushka’s love for animals and spiritual reasons because of which she made the switch in her lifestyle.

This is a list of a few Bollywood celebrities who adopted a vegetarian or vegan diet. These celebs are indeed quite happy with the choice of changing their lifestyle.