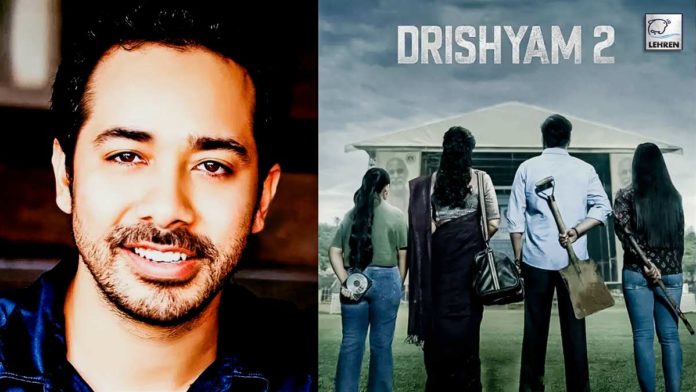 Just like the never-ending debate of Bollywood vs South, there is another forever-long subject which is remakes. At a time when the audience is enjoying pan-India films, Bollywood is busy making remakes. In the past few months, Bollywood has released some remakes of popular Hollywood and regional films. Abhishek Pathak who has recently directed Drishyam 2 spoke about the trend.

According to Hindustan Times, speaking of remaking Drishyam 2, Abhishek Pathak said, “There is no point in making a frame to frame remake. You are not doing anything as a director if you do that. You have to bring your vision to the table. Also, if it’s a copy, people will talk about that aspect. It will spread via word of mouth and reduce your audience. Why would you want to take that chance?”

He further added, “When you start rewriting something, you always mark out things you don’t want to touch,” he says, adding, “The idea is to not damage it. See, we got the rights to something we loved and there’s no point changing that. We have to stick to the soul of the film, including the twist and turns. But the screenplay can change. Malayalam films are a little different as compared to Hindi films. The audiences are different as well. So we need that change. So yes, changing the screenplay of a remake is important but you have to be careful.”

Drishyam 2 released at a time when audiences believe remakes are not working, to this, the filmmaker stated, “I agree and disagree both. Remakes are not working, I don’t agree with that. But yes, if the original is available on OTT in your language, you cut down on your audience. That has certainly damaged certain films that have come recently. But remaking is not something that will go away, I think. There are certain stories made for certain audiences. And if there is a chance to retell that brilliant story to another, larger audience, I don’t think there should be a problem with that. We are buying the rights officially from the producers. It’s not ‘copy kar liya’ as some people say.”

Drishyam series is a tale of a middle-class man who goes to an extent to mask a crime committed by his daughter for self-defense. Helmed by Abhishek Pathak, Drishyam 2 has a previous cast including Ajay Devgn, Tabu, Ishita Dutta, Shriya Saran, and Rajat Kapoor among others. The star cast is joined by Akshaye Khanna as a new entrant in the story. The suspense thriller is produced under the banners of Panorama Studios.