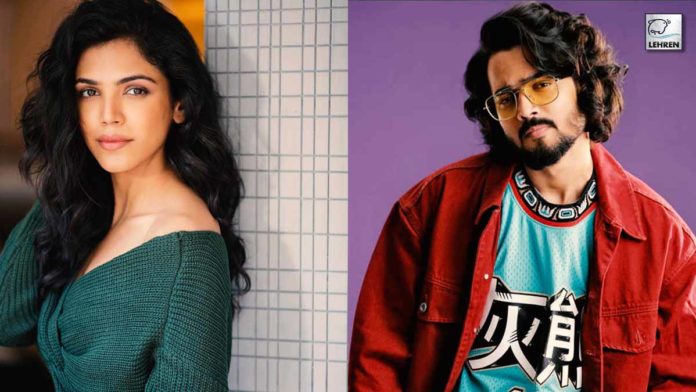 Social media star Bhuvan Bam has made his journey to OTT web series by making short Youtube videos within four walls of his house. He is known to play various characters in his youtube videos for his channel ‘BB Ki Vines’. The prominent Youtuber created his own web series named ‘Dhindora’ where he played 12 characters all by himself. The actor and singer has bagged a leading role in web series for Disney+ Hotstar.

Comedian Bhuvan Bam is geared for his digital debut with ‘Taaza Khabar’ a comedy-drama series. He will play the protagonist in the series helmed by Himank Gaur, who also directed Bhuvan’s web series ‘Dhindora’. Disney+ Hotstar original also stars Shriya Pilgaonkar, Deven Bhojani, and Prathmesh Parab. Written by Hussain and Abbas Dalal Taaza Khabar marks the entry of the social media star to the digital platform.

Bhuvan uploaded a promo video on his Instagram handle and captioned the post, “With good karma on one’s side, can one man set out to become a master of his own destiny? Meet Vasya from my OTT debut #HotstarSpecials #TaazaKhabar only on @disneyplushotstar. Meet the cast & hop on to this miraculous journey along with Shriya Pilgaonkar, Prathmesh Parab, Deven Bhojani sir & me. Can’t wait to bring this to you soon.”

Last month sharing the announcement on social media he shared a picture of himself reading the script of ‘Taaza Khabar’. He thanked his for their constant support in the caption. As per the text on the script, this will be his first association with OTT platform Disney+ Hotstar as the comedy series will be made under his banner BB Ki Vines.

Talking about his digital debut Bhuvan Bam said, “I feel grateful that I got to explore a completely new side to wishful thinking with my character in Taaza Khabar. It has been a humbling experience prepping for this character and his antics. As we begin shooting, I’m confident that emoting this character is going to be fun, I already relate to this character so much. To think that I get to play this comical yet emotional character in my very first association with Disney+ Hotstar feels very special. I wholeheartedly hope the audience enjoys and cherishes this story just as much as I enjoyed bringing it to life.”