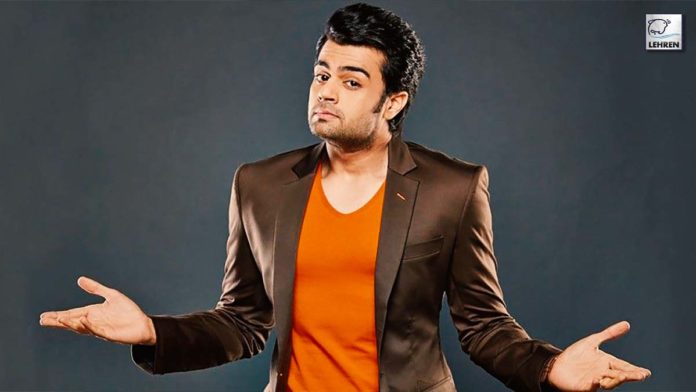 Maniesh Paul has established himself as a talented host and Anchor. He has a perfect nag on comic timing and his punchlines. He has hosted many proclaimed TV shows like Jhalak Dikhhla Jaa, Nach Baliye, Sa Re Ga Ma Pa, and India’s Got Talent to name a few. He has also rolled out the audience in a burst of hearty laughter at major Award shows. Before taking up the stage as a stand-up comedian and host he tried acting too, however, he made a niche career in hosting. Maniesh Paul has now bagged a lead role in an OTT web show.

Starting his career as Radio Jockey and VJ, the 40-year-old anchor is known for his presence across all platforms. He is a TV presenter, model, singer, anchor, comedian, and anchor in Bollywood. He is enjoying the limelight with the upcoming Dharma Production movie ‘Jug Jugg Jeeyo’, which also cast Varun Dhawan, Kiara Advani, Anil Kapoor, and Neetu Singh in the lead roles. Reportedly Maniesh has signed a web series project with director Ritam Srivastav, fame of Rakhtanchal.

The title of the series is still unknown but to our information, it is scheduled to be shot in the hills of Nanital, Uttarakhan. The shooting is expected to go on floors this week. The show to be headlined by Maniesh Paul is said to be a thriller drama. A source close to the movie, reported: “Maniesh Paul will floor everyone with this show. While people know him for his comic timing, he will be unfolding the unseen aspect of his versatility by getting into the thriller-drama zone.”

Hosting prominent shows like Zee Gold Awards, Indian Television Academy Awards, and Big Star Entertainment Awards among others, he is now busy grooving everyone on songs from his upcoming movie ‘Jug Jugg Jeeyo’. He is trending on the internet with entertaining reels and videos on Nach Punjabban song in order to promote the film and create huge excitement among the audience.

Before Jug Jugg Jeyyo he acted in Mickey Virus, which marks his debut in Bollywood movies, and appeared in Tees Maar Khan and ABCD: Any Body Can Dance. He is currently entertaining the crowd with his podcast, which presents heartwarming stories of people from different walks of life. The ace anchor is now all set to make a digital debut.