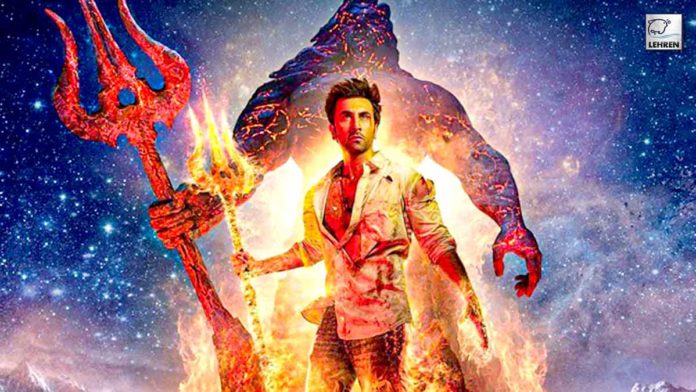 One of the scenes from 'Brahmastra' has attracted controversial remarks from viewers, and maker Ayan finally addresses it. Read to know!

Bollywood director Ayan Mukerji, who now awaits the release of his most anticipated project ‘Brahmastra’, has in a recent interview clarified the controversy that surrounds the trailer of the film. For the unversed, the trailer of the movie was released just a few days back and since then, has become the talk of the town. With that, it also harboured some controversial remarks from the audience.

One of which was during the entry of Ranbir Kapoor, who essays the character ‘Shiva’ in the film, in one of the scenes. It can be seen in the trailer, Shiva rings the bell of a temple with his shoes on. This, in particular, made some viewers furious as it hurt their religious sentiments. Many alleged after watching the scene that it was shot inside the temple, with Ranbir wearing his shoes.

Clarifying this, Ayan while sharing the news of the 4k release of the trailer said, “We had some people in our community, upset because of one shot in our Trailer – Ranbir’s character wearing shoes as he rings a Bell. As the Creator of this film (and a devotee), I wanted to humbly address what happened here. In our movie, Ranbir is not entering a temple, but a Durga Puja Pandal.”

He further added, “My own family has been organizing a similar kind of Durga Puja Celebration for… 75 years! One, which I have been a part of since my childhood. In my experience, we only take off our shoes, right on the stage where the Goddess is, and not when you enter the Pandal.”

Ayan further clarified by saying the film intends to respect the Indian culture and traditions. “It is personally important for me to reach out to anyone who may have been upset with this image… because above all, Brahmastra is created as a movie experience that pays respect to, and celebrates – Indian culture, traditions, and history. That is at the heart of why I made this movie, so it is very important to me that this feeling, reaches every Indian who is watching Brahmastra!” added Ayan.

Director Ayan was last seen with his work almost a decade ago, with ‘Brahmastra’ itself taking up almost 7 years into the making. The film is backed highly by VFX and stars some of the most talented actors in the industry. With multiple delays in the release date, the film finally is set to hit theatres pan India, on the 9th of September in 2D and 3D.