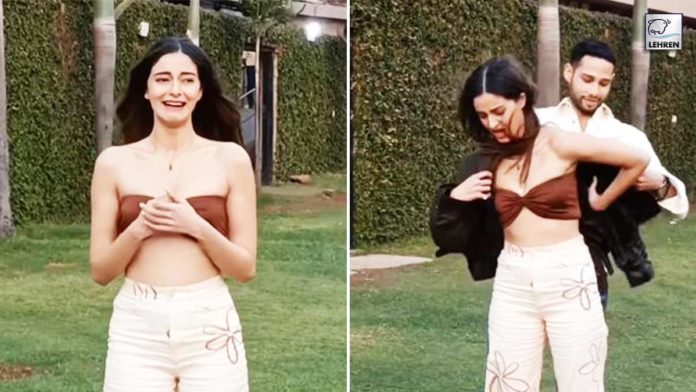 Actress Ananya Panday is getting trolled for wearing a crop trop during Gehraiyaan promotions.

Bollywood actress Ananya Panday has become a target of trolls once again. The actress recently stepped out to promote her upcoming film ‘Gehraiyaan’. She wore a butterfly crop top with white cotton pants for the promotional event at Taj Lands End, Mumbai. While posing for photographers, Ananya felt sudden chills and it was evident by her expressions.

As the video surfaced online, she was criticized for her fashion choices as Mumbai has witnessed a drop in temperature in the last few days. Here’s what people wrote in the comment section:

“When it’s so cold than why did she wear that in the name of fashion? This could be worn some other day, movie is releasing on Feb they’ve more days left for promotions. Too much of nautanki.”

“Didn’t she check the weather before leaving!?”

Must Read: Check Out The Meaning Of Oo Antava Lyrics!