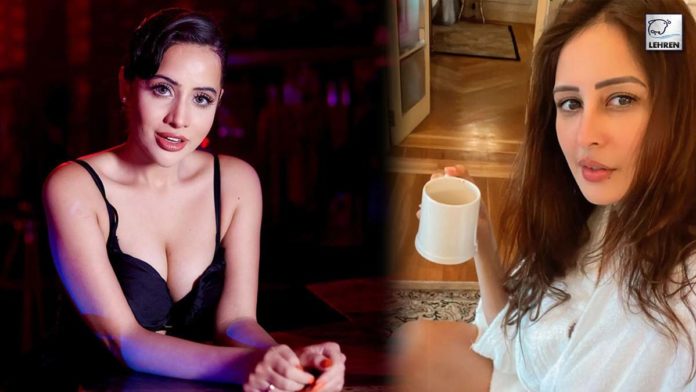 Urfi hits back at Chahatt after the latter says that she isn't fit for a mother or wife's role. Urfi says, "Aapne Kya Ukhada Biwi Banke?"

The war between Urfi and Chahatt Khanna doesn’t seem to be ending anytime soon. For the unversed, Urfi Javed and Chahatt Khanna have engaged in a verbal fight after Chahatt passed a sarcastic comment on Urfi’s dressing sense. Soon after which Urfi gave it back to the actress after her name rose in the conman Sukesh case. That’s not it recently Chahatt took a brutal jibe at Urfi saying that she isn’t fit to be a wife or mother. Reacting to the same Urfi recently shared her response and wrote, “Aapne Kya Ukhada Biwi Banke?”. Take a look-

Urfi and Chahhatt have long been engaged in their verbal spat, recently Chahatt shared a long post on her social media in which the actress was seen criticizing Urfi Javed after the latter bought up her name in conman Sukesh’s case, Chahatt wrote, “Without knowing the facts and jumping on the news for publicity and making a fool of yourself. Brainless se kya argument karna, agar akal hoti toh kaam karti ya shoot karti na ki semi Nude spottings karti, chalo koi na aap toh aunty, biwi ya maa ke layak toh ho nahi, ab dusro ko hi aunty bolke khush ho jao (There’s no point in arguing with somone who is brainless. If only she had brain, she would have worked and not gone around doing semi nude spottings. It’s okay you cannot become an aunty, wife or even a mother. Stay happy by calling others aunty) #Javed.”

Uorfi added that she doesn’t believe in the concept that one has to become a wife or a mother to feel whole as a woman. “I am very satisfied, aur Chahatt Ji aap bataiye. Aap toh do-do baar biwi ban chuki aapne kya ukhaad liya? (Since you married twice, you should tell me about your achievements).”

Recently Urfi apologized to Chahatt after she commented on her divorce. However, Urfi again hit back at Chahatt after her name rose up in conman Sukesh Chandrasekhar’s case. For the uninitiated, Chahatt among four other actors and models met the conman in Tihar jail.