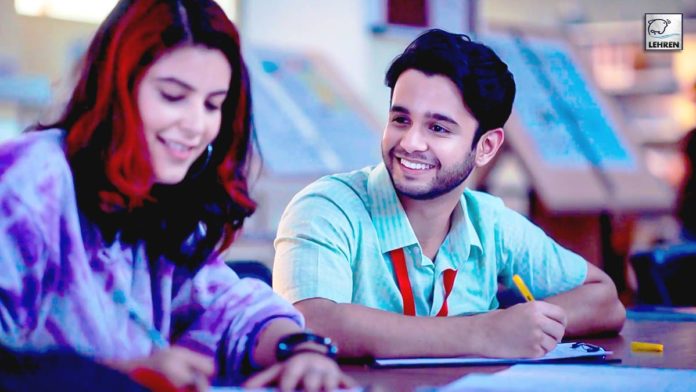 Let's hear what Ritvik Sahore has to say about his New Year's resolution or does he have one?

Ritvik Sahore has come a long way since his debut in “Ferrari Ki Sawaari” in the year 2012. With powerful performances in projects like “Indori Ishq”, “Flames”, “Laakhon Mein Ek” and the short film The “Twist”. He has managed to create a place for himself in the hearts of Indian audiences. He will soon be seen in MX Player’s college drama – “Campus Diaries” which is scheduled to premiere on 7th January 2022. So, clearly, Ritvik’s looking forward to welcoming the new year. But, unlike others, he does not believe in having a New Year’s resolution Here’s why…

“Well, I know not everyone’s going to agree with me, but I personally feel new year resolutions are merely a trend and end up becoming stressful in case one’s not able to achieve their goal. If I need to upskill myself, follow a diet, attend workshops, visit iconic places or simply start working out, I will start doing it any time of the year, I shouldn’t need a resolution at the start of the year to do it. Given the uncertain times we are currently living in, I think it’s important to just be happy and live in the moment,” says Ritvik.

When asked about his upcoming series, “Campus Diaries”, he further added saying, “My character Abhilash is the typical yaaron ka yaar, but a bichaara in pyaar. He is always calm and kind-hearted, the reliable buddy who inevitably becomes a one-sided lover and doesn’t ever get to move beyond that. My fans have started mourning his situation and my lineup of ek tarfa pyaar since Indori Ishq so if I really have to make a new year’s resolution, I think it would be to end this portrayal of one-sided love affairs. I can’t wait for everyone to see the show coming year. We as a team couldn’t have asked for a better start to 2022.”

MX Original Series “Campus Diaries” is a coming-of-age drama of five students at Excel University. But this one is so-not-your-regular-college-drama because it goes beyond the routine masti and dosti plot and tackles relevant yet lesser-discussed issues like ragging, discrimination based on societal biases, one-sided love stories, rampant drug abuse, and toxic relationships that mold your personality and ready you to face the real world. The series stars Harsh Beniwal, Ritvik Sahore, Saloni Gaur, Salonie Patel, Abhinav Sharma, and Srishti Ganguli Rindani amongst others, and is created by Prem Mistry and Abhishek Yadav. All episodes drop on 7th January, exclusively on MX Player.

ALSO REWAD – Blackpink’s Jisoo Turns 27: Check Out The Cutest Snaps Of All Time