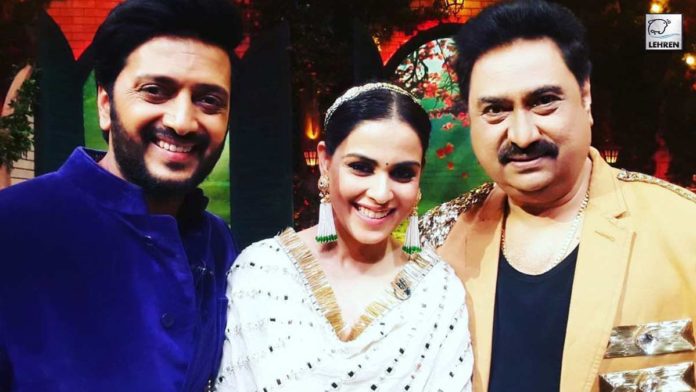 Now, the show has reached its final stage, where none other than the most ideal and adorable couple Riteish Deshmukh and Genelia Deshmukh grace the show with their aura.

Star Plus’ Smart Jodi is a reality show with top 10 real-life celebrity couples who compete against each other in a fun and entertaining tasks. The show started in February as the couples battled it out to win hearts with their chemistry and performance.

The show became the audience’s favorite as soon as it was launched. Viewer’s loved watching their chemistry and fun as they were candid as hell and the fans got a sneak peek at how they are in real life.

The show has everything from the exciting tasks, games, and masti that always keep the on-lookers hooked on.

Now, the show has reached its final stage, where none other than the most ideal and adorable couple Riteish Deshmukh and Genelia Deshmukh grace the show with their aura. They do some fun activities and masti on the sets. It is going to be charming to see them as always. People already love their gram’s crazy reels. The pair will also be seen bringing in a golden Gadhbandhan to give to the winner of the show.

Now how can such a show have no music and dance.! Some sources have confirmed that the 90’s sensational singer Kumar Sanu will be seen giving a tribute to all the Jodi’s in his melodious voice. The singer’s personality is super fun-loving and entertaining. The jugalbandi will surely knock your socks off.

All the couples have grown throughout the show and have put in all their efforts, love, fun, and brains to win the tasks and reach ahead. Their healthy competitive streak in them is praise-worthy.

Now it is going to be just exciting to see who turns up on the top.

Don’t forget to tune into Star Plus’ “Smart Jodi” every Sunday from 8 pm onwards to see your best-loved Jodi’s fate unfold.