Munawar Faruqui Breaks Down After Being Betrayed By Best Friends- Anjali & Saisha! 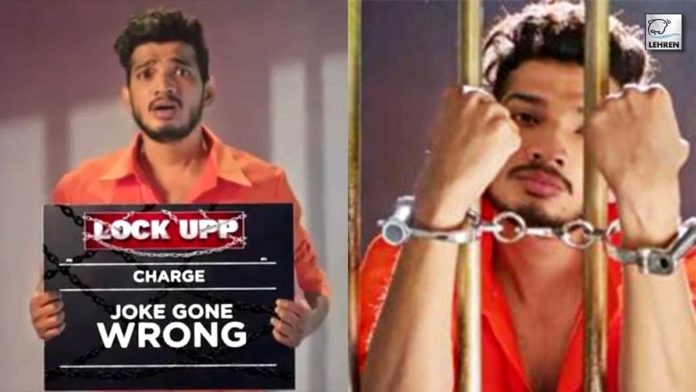 The entire house was divided into two groups. One group was Payal, Shivam, and Azma and the second group was Prince, Munawar, Ali, Saisha, Anjali, and Poonam.

With less than a few weeks left for the finale, the contestants feel immense pressure. The top 9 contestants try to keep it together as nervousness and anticipation take over. After a horrendous elimination, the day starts with a ‘ticket to finale task’ in which planks are kept, and Kaidis has to make a domino line. The line must fall in a way that rings the bell at the plank’s end.

The entire house was divided into two groups. One group was Payal, Shivam and Azma and the second group was Prince, Munawar, Ali, Saisha, Anjali, and Poonam.

During the task, Payal started convincing Prince that she wanted to stay and compete in the finals, to which Prince replied, “Payal and Azma say things like, ‘I’m sorry Prince, I was wrong”.However, Azma was adamant about not doing the same, while Payal persuaded Azma to do it.

The whole house ganged up together and planned to remove Poonam from the game and as strategized, Poonam was out of the game. The last round was a scene of unexpected events as Munawar experienced betrayal from his two best friends Saisha and Anjali, as Anjali changed the whole plot they set before the game. Munawar was furious at first but later sobbed inconsolably because he felt terrible.

Lastly, The kaidis have a chance to convince Prince or steal the gold bricks from him in the middle of the night.

Who will win the ticket to the finale? To know more, Watch “LockUpp” only on ALTBalaji and MX Player at 10:30 pm.