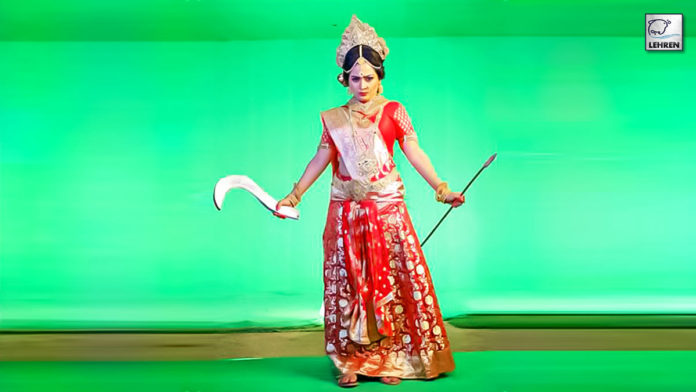 Bharat is known for its rich heritage and cultural beliefs and mythology being a crucial part of our culture, we deem it extremely important to make it known to the people of today’s day and age. There are tons to learn from these stories in terms of how to ace at life and do it the right way which should be our ultimate goal. Star Bharat has made it possible to help these stories reach the audience in the most simplest and beautiful way.

“Haathi Ghoda Paal Ki Jai Kanhaiya Lal Ki” – the show that the channel recently launched is one such show that depicts the beautiful mythological tale of Bal Krishna and how our beloved natkhat Gopal managed to amaze us in wondrous ways.

The show, since its commencement, has only seen high numbers. The audience is truly in awe of the show with its ongoing storyline. According to the recent plot of the show, Kans has found out that the 8th kid of Devki, who is bound to kill him, is in Gokul. He sends several Rakshasa’s to finish the child, namely, Putna – The poisonous demoness, Saktasur – The metamorphosing demon, and Trinavat – The tornado demon but alas! Nothing worked out as Kans would like it to.

In the upcoming episodes, the viewers will witness how enraged by constant failure, why Kans decides to take matters into his own hands and declares an attack on Gokul. As we all know, Bal Krishna is another form of Lord Narayan who respects Goddess Parvati as his sister. So when Kans declares an attack on Gokul, it infuriates Parvati who then comes in a new avatar as ‘Vindhywasini’.