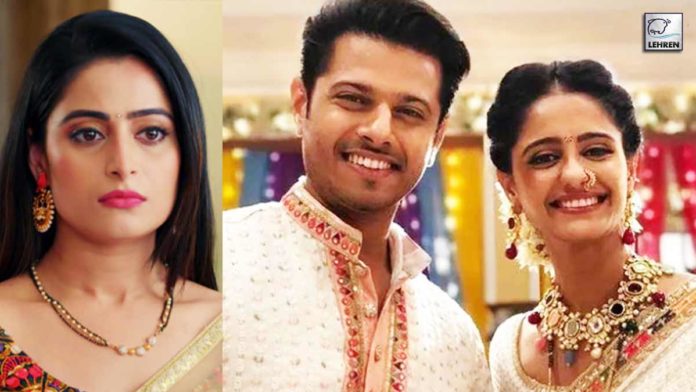 In the recent episode, we saw Bhavani finally accepting Devyani and Pulkit’s wedding. Bhavani, the leader of the house had been creating quite a rucus since the beginning which also led to spoilt relations between Sai and Virat.

As Bhavani has a change of heart, she will accept that Sai helped her understand the meaning of love. Now when Sai and Bhavani will be seen rekindling their relationship, will the Chavan family live happily ever after? Well, that’s impossible in an Indian Television show. When one antagonist has a change of heart, the other one rises.

As happiness will finally arrive in the Chavan family and we’ll witness Sai and Virat coming close to each other, Paaki’s insecurities will also increase.

As more and more members of the family have begin to love Sai, Paakhi will lose her calm. She will also find ways to disrupt the romantic moments between Virat and Sai.

In the upcoming episode, we will see Sai and Virat planning to have a romantic lunch. The couple gets lost in each other’s eyes in front of the whole family. Paakhi is unable to see their romance and drops off a spoon to interrupt them.

Since the beginning, the poster of the show showcases Paakhi, Sai and Virat. So, we can expect some high voltage drama of this love triangle in the upcoming episodes especially when the story of Devyani and Pulkit has been settled.