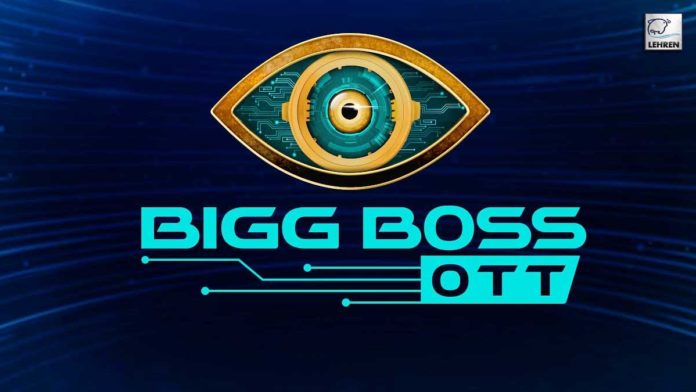 It’s arriving early! The Indian edition of the world’s biggest and most controversial reality show BIGG BOSS is set to go Digital First this time by launching on the streaming platform VOOT ahead of its television premiere.

The first six weeks of the six-month run of BIGG BOSS OTT will be accessible to fans in the palm of their hands 24X7, giving them a chance to enjoy the direct and deeper engagement, connection, and indulgence in the goings-on of the popular house. So, BIGG BOSS OTT ke Mazze Loot only on VOOT!

Expect a line-up of some of the most sensational names, known faces, and influencers from the Indian entertainment canvas to paint the BIGG BOSS OTT world with lots of drama, melodrama, and emotions. The ‘Janta factor this time will be giving the common man the uncommon powers of Bigg Boss OTT by enabling them to handpick the contestants and the contestants’ stay, tasks, and their exit on the show. Overall, the new season promises to be a unique experience for the people, by the people!

An annual entertainer that has got seamless love from audiences over the years, BIGG BOSS is one of the most anticipated and celebrated shows on the entertainment calendar in India. And this year, it gets bigger with unlimited drama and by extending its presence on a new destination, VOOT, the country’s second-largest digital video-on-demand streaming service.

Celebrities who have had memorable and even career-altering stints on the show are also excited about this all-new format of BIGG BOSS.

Shweta Tiwari said, “I’m extremely excited to know that my favorite reality show is arriving early this year. For me, Bigg Boss was a life-changing experience. Not only did it let the audience know me beyond my persona as an actor, but ended up teaching me to be more patient, tolerant, and yet assertive. It also gave me friends like family. I watch Bigg Boss every year, but I think that as an audience member, I am going to have more power than ever before to be the real judge of the show. That makes this OTT launch absolutely thrilling.”

Nikki Tamboli said, “In a show full of drama, I was happy to be the uncrowned drama queen! Bigg Boss was quite an interesting experience for me, and my life changed for the better. With so many people with different mindsets, ideologies, opinions, and ways locked in a house, there is bound to be some friction. But what’s life without dollops of drama and some unexpected challenges, isn’t it? In its digital-first avatar, I am expecting the show to offer its fans some unlimited Mazza, and I am honestly looking forward to knowing really how over-the-top the drama gets with BIGG BOSS OTT!”

Rahul Vaidya said, “I have been a product of reality shows. If a reality show gave me a chance to show the world my talent as a singer, Bigg Boss has helped me cement my space in the industry. But like they say, distance makes the heart grow fonder… I can truly say that it is one show that makes you realize the value of your loved ones and brings you closer to them. In a way, I feel BIGG BOSS OTT will drive the audiences closer to the contestants, and they should get ready for all the drama, twists, turns and suspense since Bigg Boss OTT ka Mazza is only possible on VOOT! I can’t wait to witness the all-new avatar of the show.”