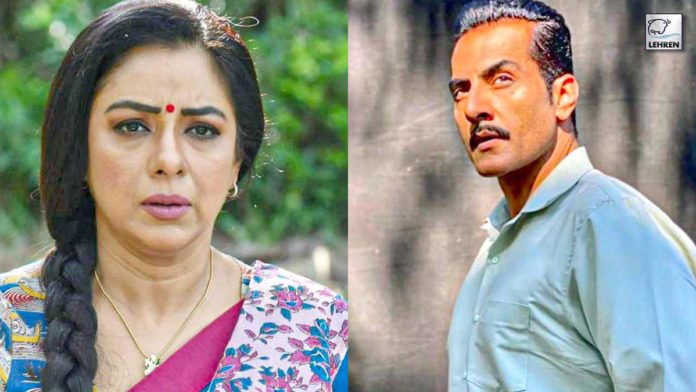 Not just high on TRP, Anupamaa as a serial has made its place in people's hearts, ruling many households across India. Read to know about the actor of the show, Sudhanshu's equation with the lead actress, Rupali Ganguly.

Since its inception, Anupamaa has continued to win over people’s hearts across India, owing to its popularity. The serial, at present, enjoys the privilege of being the top-ranked serial in India, with the highest TRP rating, all credits to the massive fan base of the show. For the unversed, the show revolves around the life of a homemaker Anupamaa (essayed by Rupali Ganguly) whose struggles and sacrifices for her family are often neglected as she is considered a mere housewife. The plot of the story has received immense love from viewers, making it a super hit.

While Sudhanshu Pandey, who plays the character of Vanraj, Anupamaa’s husband, has been many times in the past, rumoured to have a cold war with co-star Rupali. Many believe that the two don’t share a good bond and aren’t on good terms. Talking about this, Sudhanshu said, “I feel all these rumours of the cold war between me and Rupali Ganguly must have been put to rest since, on her birthday, we all enjoyed ourselves together.” he said.

“We were dancing, people saw me and Rupali laughing together and having fun in the photos that were shared online from her birthday bash. I hope now all these baseless rumours are put to rest because they are no truth to them. As far as our social media posts are concerned, Rupali shares a lot of reels with her onscreen partner Anuj and I post stuff with my partner in the show Kavya so it’s natural and professional, nothing personal,” he further continued.

“You should come to our sets and see how I and Rupali bond with each other behind the camera. We are always laughing and joking.  We both have so much fun on the sets.” he reassured. Further, he commented on the success of the show, “The response that Anupamaa has been getting is like a blessing, we knew that the show will do well and leave an impact but did not expect such a humongous response. Playing Vanraj Shah has been a very faltering character for me to play.”

He continued, “I have always played very good characters but talking about Vanraj, I would say that when you work in a daily soap, what happens is that your character gets very monotonous and then you stop enjoying it but with Vanraj I was lucky that it’s so phenomenal with many layers to it. It’s a very unpredictable kind of character who has gone through a lot and he does everything for his family and there is nothing selfish about him. This character has given me a constant challenge to deal with different mindsets, emotions and circumstances. As an actor, Vanraj has given me so much and has helped me to grow as an actor.”