Goodbye Locks OTT Release: When And Where To Watch Emotional Family Drama 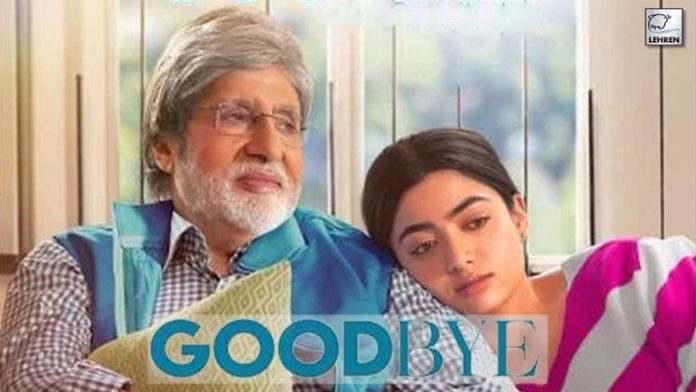 Amitabh Bachchan, Rashmika Mandanna, and Neena Gupta starrer Goodbye has locked its OTT release date, The family emotional drama was released in theaters on 7th October. Despite receiving positive reviews from fans and critics alike the film failed to earn at the box office. However, after completing two months of theatrical release the film is set for digital release.

Goodbye is all set to make its entry to OTT and will release in the first week of December. The Vikas Bahl directorial made at a budget of 30 crores could barely make a business of Rs 9.66 crore at the box office. Streaming giant Netflix announced the premiere of Goodbye on its OTT platform through social media. It captioned the post, “This winter just got a whole lot better because Goodbye is here to greet us with a warm hug on December 2.”

Goodbye is a comedy-drama that revolves around a family that learns to deal with grief. The story tells how the dysfunctional household copes with the loss of a family member. The movie marks Rashmika Mandanna’s debut in Bollywood after earning fame pan-India with her popular movie Pushpa: The Rise.

The family entertainer is written and directed by Vikas Bahl and produced by Ekta Kapoor. The film stars Bollywood megastar Amitabh Bachchan with Pushpa actress Rashmika Mandanna and veteran Neena Gupta. Apart from them it also stars Pavail Gulati, Sunil Grover, Elli AvrRam, and others. The film was released in the theatres on 7th October. It will be now available online from December 2 on Netflix.