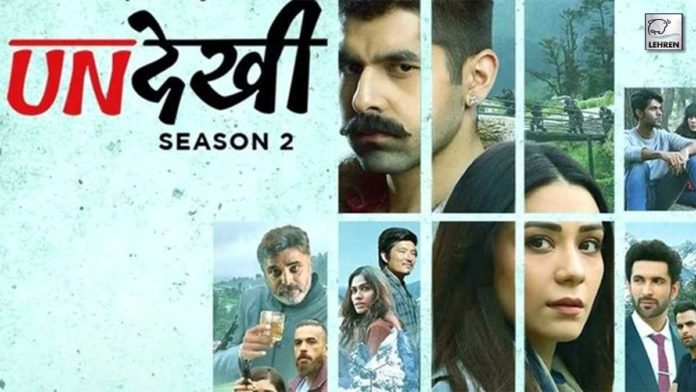 What made a different watch was the rawness of tribal girl Koyal (Apeksha Porwal), the crudeness of the foul-mouthed Atwals (Harsh Chaaya as perpetually sloshed Papaji and Surya Sharma as ruthless son Rinku), a big fat wedding in Manali (Aanchal Singh as bride Teji and Ankur Rathee as Daman, the more genteel Atwal) and song-spouting DSP Ghosh (Dibyendu Bhattacharya) from Bengal, on the trail of the tribal who’s wanted back home.

Despite the violence, ear-assaulting abuses and the backdrop of the big drug network, the first season had its areas of freshness and thrill with a videographer stumbling upon the killing of a dancer by Papaji and Teji ganging up with DSP Ghosh against the Atwals.

However, despite bringing in another batch of writers, director Ashish R Shukla only regurgitates more of the same and spreads it over ten episodes. The sparkle that marked the first season gets lost in factional fights in the factory and in the family, an occasional show of rawness by tribal Koyal and a heap of bodies and filthy abuse.

So what’s new to watch this time around?

One, though Dibyendu, several kilos heavier, continues to be quite delightful, it’s the oft-seen scenario of the dogged DSP wanting to stay on but being ordered to close the case and come back to base. Far too many shows have cops go through this round with their seniors.

Two, with the air-headed older women getting shouted down again, Papaji continues to spew filthy abuse, and stumble around as an alcoholic but always crystal clear about backing favourite son Rinku to go out there and wreak more violence. In fact, there’s one dialogue that’s telling. Papaji says at one point, “I made a mistake shooting that dancer.” Just when you think he’s had a change of heart, he says, “I should’ve shot both of them.” This leopard doesn’t change its spots.

Three, Rinku and his gang of thugs continue to torture, kill, maim and abuse everybody around. Sometimes, the servile cops are the victims too. The effort in every episode continues to be to wipe out all those who’ve been witness to the shooting of the dancer by Papaji and to expand the Atwal business. There are arrangements and skirmishes with a pair of cardboard bosses from Israel and Samarth (Nandish Singh Sandhu), their frontman in India.

Four, Teji continues to be the outsider with plans of her own.

What’s new is an inconsistently written role for Meiyang Chang as Abhaya who swings from a vow of non-violence to making bombs, unsure of which way he’s inclined. The confusion isn’t written into the character which would’ve been a nice change, it’s unfortunately in the confused construction of his character.

There’s inconsistency elsewhere too. Daman finds Teji changed beyond recognition for the worse but a couple of episodes later, is back with her.

We only hope it’s not going to be one more round of the same violence, abuse, blackmail and disloyalties in the family and outside. The Atwals are not a likeable lot, what they do as business is even more despicable. Bring in something new, please Mr Shukla.