Doctor Strange In The Multiverse Of Madness Review: A Strange Multi-mess 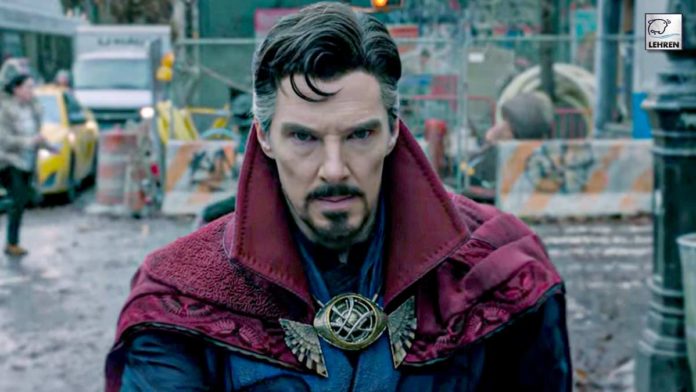 Doctor Strange in the Multiverse of Madness is a 2022 American superhero film based on the Marvel Comics featuring the character Doctor Strange. It is produced by Marvel Studios and distributed by Walt Disney Studios Motion Pictures.

It’s what you’d expect from director Sam Raimi of The Evil Dead fame.

A gigantic octopus and eyeballs gouged out. A zombie and a third eye flashing in green.

The bizarre and the ghoulish meet in Marvel’s multiverse to become just a little worse for want of a substantial spinal story.

In its ever so obvious quest for inclusivity, the MCU has new addition Xochiti Gomez who screeches in as America Chavez, a name casually chosen to scream diversity-thou-art-America. Neurosurgeon Stephen Strange (Benedict Cumberbatch) has his drink rudely interrupted with bride Christine Palmer (Rachel McAdams) who could’ve been his but isn’t. Interrupted by the call of his cloak as he flies down to battle the octopus. And wham, America enters his realm. Her special ability’s to traverse different verses with Strange calling her “kid” whichever portal they might be in.

The premise is that Strange and co have counterparts in every parallel universe with just a tweak here and there in their personalities. And just to be different pizzas look like balls in another verse and oops, watch the signals, they’re ulta.

With multi-dimensions come multi-options and multi-tinges even to the Strange and Palmer love story.

Strange and “kid” keep leaping from one to another to meet “another other other Strange”, as the dialogue goes, and to battle the evil one who wants to usurp America’s power.

Wanda Maximoff (Elizabeth Olsen) aka The Scarlet Witch with flaming red fireballs around her head has a lot of work to do in all the verses.

To avoid revealing spoilers which have already been revealed by other critics, we’ll call the villain the “bad one” but you meet him/her/it soon enough, no long wait for who that is or why. So what’s left is the mandated CGI overload, claps galore as heroes from the MCU turn up in various hues, crisscross paths and portals and wait for one of the many avatars of Dr Strange to save the world from the bad one and save the “kid”.

With so many worlds whirling simultaneously, it’s still the universal pangs of parenthood that hold and drive the madness. Which is actually more a case for a psychiatrist’s couch than for a multiverse villain.

And so, this bad one is more the mushy whiney-whingey sort and not deliciously wicked-scary.

So what makes Dr Strange’s latest outing watchable? Leave logic locked up in your den, let your imagination soar and there’s non-stop entertainment. With all the special effects that a $200M budget can conjure topped with Benedict Cumberbatch who’s a pleasure to behold.

While the loss of a strong cause for villainy is lamentable, the multi-forms of the main characters give a glimpse of the various dimensions possible in a human, even in a super human. And that’s a deep thought.

Watch trailer of Dr Strange In The Multiverse Of Madness: