Mark Ruffalo CONFIRMS The Rumors Of Being A Part Of Parasite Series? 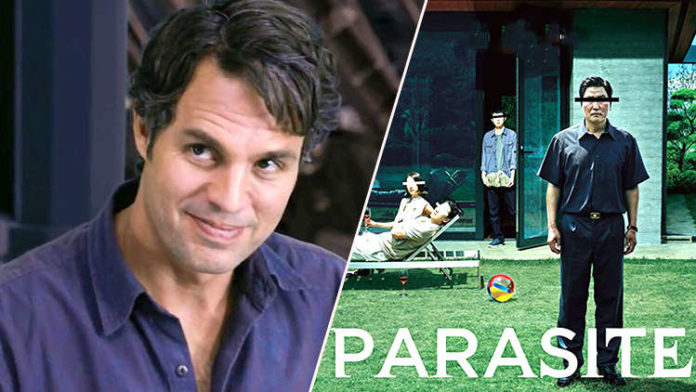 In the recently wrapped up 92nd Academic Awards Bong Joon-ho’s Parasite clean-swept the prestigious award show by winning numerous titles in different categories. Parasite bagged four Oscars, including Best Picture, which marked as the first for any non-English film. The movie Parasite also won the award for International Feature Film, Best Directing for Bong Joon-ho, and Best Original Screenplay. After winning so many laurels at the Academic Awards it comes as no surprise that HBO is working on a potential limited series, based on the Oscar-winning Parasite.

The series will be of 5-6 episodes, and the key aspects of the series will be Bong and Adam McKay. The gossip town was buzzing with news that Mark Ruffalo was being considered for the lead role in the Parasite limited series. The Avengers-Endgame actor has cleared the air and has confirmed the news by himself during the C2E2 in Chicago.

Mark said, “We’ve met. I love him [Bong Joon-ho], I love that movie. I might be playing the father in Parasite on a television show. I would love to do it. We’re sort of waiting on the script and all that, but yeah, that’s pretty much true and in the works.”

On the work front, we will be seeing Mark Ruffalo in a twin avatar, as he stars in the HBO limited series, I Know This Much Is True.