Watch Halsey As Medieval Queen In The Trailer Of ‘If I Can’t Have Love, I Want Power’ 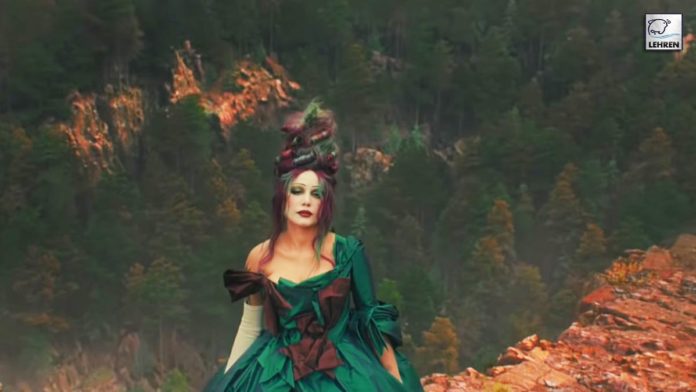 Halsey transforms into a defiant medieval queen and gives birth to the throne's heir in the haunting HBO Max trailer for 'If I Can't Have Love, I Want Power'

Halsey’s latest movie If I Can’t Have Love, I Want Power is available to stream on HBO Max and to accompany the release, HBO Max shared a trailer for the singer’s self-written dark Medieval tale, which explores the ‘joys and horrors of pregnancy and childbirth.’

The movie coincides with Halsey’s fourth studio album of the same name, which was released in August. However, this dark medieval tale is already released on HBO Max on Thursday, October 7.

However, prior to the if i can’t have love, i want power release date, HBO Max shared the trailer. The summary of the trailer reads, “Set to the music of Halsey’s fourth studio album, this one-of-a-kind film experience stars the two-time GRAMMY® nominee as the young and pregnant Queen Lila. After a shocking event, Lila unlocks a paranormal power within and discovers her ability to create life (and end it). Offering a stunning visual treat for fans, this evocative, horror-tinged fairytale explores the labyrinth of sexuality and birth. IF I CAN’T HAVE LOVE, I WANT POWER was written by Halsey and directed by Colin Tilley. The film was produced by Halsey, Jamee Ranta, and Anthony Li. The album was produced by Trent Reznor and Atticus Ross.”

In if i can’t have love, i want power movie, halsey plays the ‘young and pregnant Queen Lila’ who, after the sudden loss of her husband the King, ‘unlocks a paranormal power within and discovers her ability to create life.’

Suddenly, several hands appear on Lila’s stomach, seemingly impregnating the Queen through mystical means. With Knights armed and riding around the castle on horseback seemingly searching for Lila, she crawls up a flight of stairs towards a rustic room where she will deliver her child. She writhes on the floor of a room and screams in pain before finally meeting her newborn, a daughter. However, the trailer of if i can’t have love, i want power film ends with a myriad of clips capturing the aftermath of her birth, as well as many that leave the viewer wondering about the fate of Lila, her child, and her place in the kingdom.

Halsey first premiered her one-hour if i can’t have love, i want power film in IMAX theaters in August to promote her album of the same name. Just one month prior, the 27-year-old singer gave birth to her son Ender Ridley. She shares the almost three-month-old baby with partner Alev Aydin.