Paris Jackson On Her Upcoming Teen Comedy And Her Own High School Experience: ‘It Got Weird’ 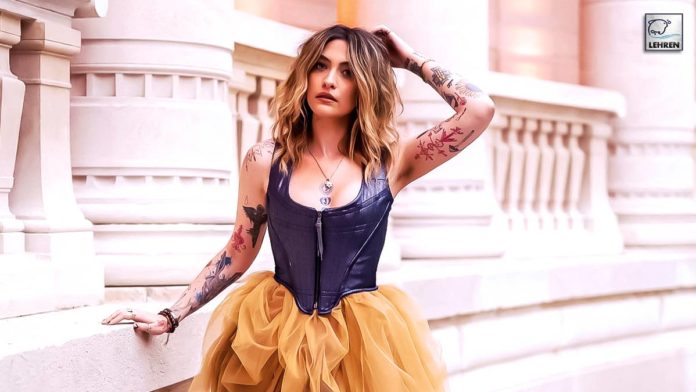 Paris credits the guidance of her family members, noting that she 'really looked up to' her older brother Prince Jackson when it came to academics.

Paris Jackson got candid about her upcoming teen s*x comedy genre with her latest role. The actress, 23, tells she had a “relatively normal high school experience” as she reflects on her own adolescent years while chatting about her new Hulu comedy Sex Appeal, premiering on the platform on January 14. “At least ninth grade was normal and then after, that’s when it got weird,” says Jackson.

Paris credits the guidance of her family members, noting that she “really looked up to” her older brother Prince Jackson when it came to academics. “I was really lucky to have that,” Jackson adds. “I have a cousin who I look up to when it comes to the music stuff. He’s this really cool grunge hippie dude and he makes his own music,” she explains to People. “He got me into Nirvana and the Cranberries and a bunch of really cool music.”

Jackson looked to her musical peers once again for inspiration with her Sex Appeal role as Danica, a young metalhead who’s described in the film as a “mysterious sex goddess,” dispensing the kind of wisdom you won’t learn in a typical high school sex education class. “I heard that she really liked death metal, so I just acted like my death metal friends,” she notes.

The Wilted artist says she’s “pretty much” as comfortable talking about sex as her onscreen counterpart, who advises the film’s leading lady Avery (Mika Abdalla) to practice doing Kegels, explaining that she needs to “clinch the cooter.” “I thought it was f— hilarious,” she says, admitting that she had no problem with any of her scripted lines and pushed it even further when it came time to improvise.

Jackson recalled, “They were like, ‘Just talk because this is just going to be your introduction and so ad-lib, improv, whatever.'” “And I tried to make it as raunchy as possible just to make the person behind the camera start laughing, and it worked.” See Paris Jackson in Sex Appeal, debuting January 14 on Hulu.