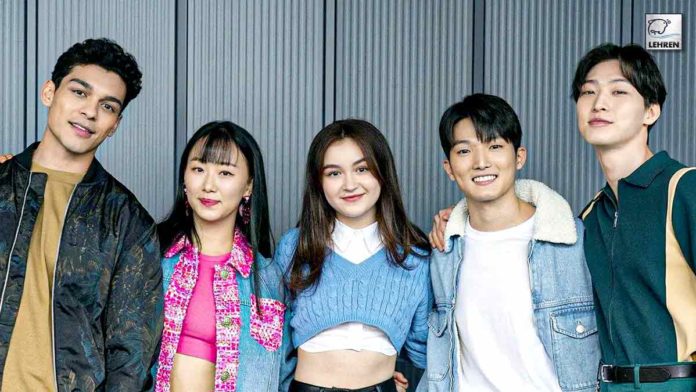 Netflix's popular franchise 'To all the boys I've loved before' has a new spin-off, where the youngest of the Covey siblings seeks love.

The popular love story of Lara Jean Covey and Peter Kavinsky had taken the internet by storm, their chemistry and on-screen equation remained the talk of people, even after the series came to an end. Thankfully, the fame made actors Lana Condor and Noah Centineo superstars overnight, and rightfully so, the two delivered a top-notch performances. With both its seasons being incredibly successful, fans were still left asking for more. But Netflix has decided to give a bigger world to its “All the boys I’ve loved before” franchise with its spin-off show called, ‘XO, Kitty’.

The production is said to start in the second half of 2022, with Jenny Han and Sascha Rothchild as its showrunners. The “All the boys” franchise is undoubtedly one of the most loved series on Netflix, with its latest edition pulling close to 51 million views for Netflix. The series is all set to be produced by Awesomeness and ACE Entertainment for Netflix.

With respect to the plot of the series, in XO Kitty, teen matchmaker Kitty Song Covey believes her perception of love is perfect and she knows everything one has to know about love. But when she travels across the globe to meet her long-distance boyfriend, she realizes how relationships are not actually as simple as she thought and that it’s more complicated than how she perceived them. As for the cast, Anna Cathcart will reprise her role as Kitty Song Covey. Apart from this, several new faces are said to join the series. Netflix took to their social media handle on Twitter to share a picture of the main star cast of the series, “Already obsessed with the cast from XO, Kitty — a new series where our To All The Boys matchmaker heads to South Korea to reunite with her long-distance boyfriend only to discover she doesn’t know as much about love as she once thought!” it captioned.

The series is said to have 10 episodes, with each lasting for a good 30 minutes. Jennifer Arnold, Jeff Chan, Pamela Romanowsky and Katina Medina Mora are on board to direct episodes. Although Netflix hasn’t announced an official release date for the series, with whatever information we’ve gathered about the series, we know that the shoot is said to have finished by June 2022. Keeping that into account, we also know how all the previous instalments were released on Valentine’s Day, so it won’t be too far fetched to say that the series could possibly have a 2023 release.