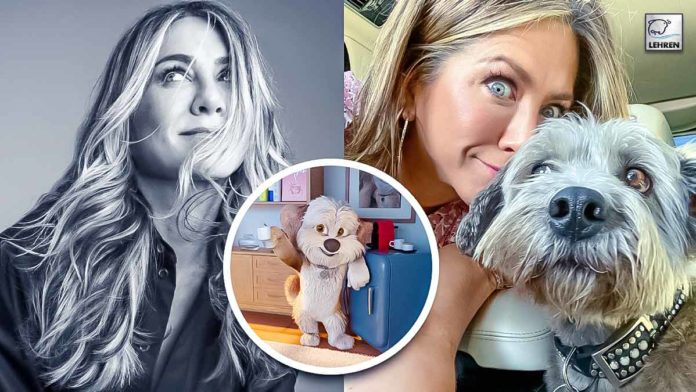 Several videos that were shared in the past week showed Clydeo performing a number of activities including practicing yoga alongside Jennifer Aniston.

Jennifer Aniston has added a new houseguest, and it seems he is there to stay. The actress, 52, unveiled an animated dog named Clydeo alongside the entertainment technology company Invisible Universe. However, Clydeo has his own Instagram page, and Invisible Universe shared a photo on their own account showing the adorable computer-generated dog.

The imaged showed the fluffy-looking cartoon dog with its white and brown coat. “Meet Clydeo Foodie and best friend of @jenniferaniston. Follow @callmeclydeo on TikTok and Instagram where he will be serving up sizzling hot food content,” read the caption. Fans of Aniston’s may notice the similarities between him and the Friends actress’ own dog Clyde.

However, several videos that were shared in the past week showed Clydeo performing a number of activities including practicing yoga alongside the star and cooking a number of meals. “It was so much fun bringing my newest family member, Clydeo, to life,” Aniston said in a statement to Business Wire. “Developing an animated character and coming up with the storyline is a first for me, but I am excited for everyone to meet him!”

For the one who is not aware, Invisible Universe is a tech company that has created a number of animated characters who accompany celebrities on social media. Among the other stars who also have cartoons, companions are Serena Williams, Karlie Kloss, Dani Alves, and the D’Amelio family. “Launching an indelible character IP is our mission at Invisible Universe and there has been no better partner than Jen to create Clydeo with us,” said Tricia Biggio, CEO of Invisible Universe. “The opportunities are endless for Clydeo and his adventures with Jen, and I can’t wait to share what they cook up.”

While the characters are only used in social media posts, for now, Biggio recently told Fast Company that won’t be the case forever. She said the company’s goal is to become ‘the Pixar of the internet’ and that she sees the potential for expansion into a medium like television, books, and movies. “We want to launch indelible character IP in a world where people are actually spending more and more of their time,” she added.