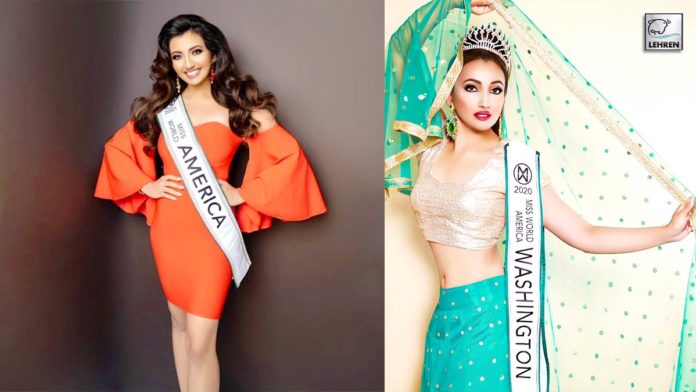 Despite multiple curve balls that life has thrown at her, Saini went on to become the first Indian-American to be crowned as Miss World America.

Shree Saini has recently been crowned as Miss World America 2021 in Los Angeles. She is among the most unique pageant and the first Indian-American to win the title. However, her life is no less than an inspiration. She underwent heart surgery and recovered from a car accident that also gave her facial burns.

Shree Saini was born in Punjab, India, and later moved to the United States at age of 5. Meanwhile, when she was 12, she was diagnosed with rare heart disease. Shree had a low heartbeat with an average of just 20 beats per minute and had to go through surgery. However, since then she is living with a permanent pacemaker inside her body.

Shree Saini’s struggle didn’t end here. When Shree turns 15, her mother was put on life support, but instead of getting depressed, she recollected her strength to come up with an NGO to support others in distress. However, life is filled with unexpected events. Years later, she met with a major car accident that left her suffering from serious facial burns. Although the doctor stated that she would need a year to recover, she was back to work in two weeks.

Nothing can stop someone if they want to achieve their dream. And these two incidents motivated the 25-year-old to become an advocate for heart health. Saini’s work has been recognized by United Nations International Children’s Emergency Fund (UNICEF) and Doctors Without Borders among others. However, prior to winning Miss World America, she held the title of Miss World America Washington and the prestigious position of Miss World America’s Beauty with a Purpose National Ambassador.

After winning the prestigious title, Saini in a statement said, “I’m now your first American of Indian origin and the first Asian to become Miss World America. Because of the historicness of my crowning, I believe this is a collective win. It’s not just my win. It’s a win for our inclusive “America”, It is a win for our diverse America, for every race, for everyone. I am honored to represent that inclusivity that America has,” she wrote on her website.

Despite multiple curve balls that life has thrown at her, Saini went on to become the first Indian-American to be crowned as Miss World America. The 25-year-old achiever didn’t have it easy at all. From heart surgery to facial burns, she overcame all the hurdles. Although getting crowned didn’t only mean winning the prestigious title for Saini, but it was more about the win of her inner daredevil as she never gave up and believed that she will achieve something big.