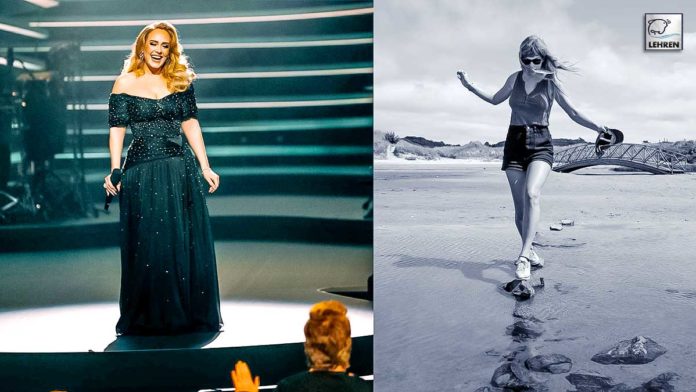 After waiting for more than six years, Adele’s fans came out in droves for her fourth studio album, 30, which is already the highest-selling album of 2021. The album was released on November 19, just five days after a much-publicized two-hour special Adele One Night Only aired on CBS, with over 10 million viewers tuning in.

According to the reports from MRC Data through Billboard, have revealed that 30 has already sold more than 500,000 copies in just three days, already surpassing Taylor Swift’s Evermore that was 469,000 copies for the highest-selling album of the year. Although Evermore was released in December 2020, the album continued to sell well throughout the year. Meanwhile, Adele’s 30 just shattered that tally in mere days.

Moreover, the three-day tally is good enough for the biggest sales week of 2021, surpassing Taylor Swift’s Red (Taylor’s Version), which sold 369,000 copies in the week ending November 19. 30 will most likely finish out the week as the number one album on the Billboard 200 album, giving the 33-year-old singer her third #1 album. Adele’s 2011 album 21 spent 24 weeks atop the album charts, while her 2015 album 25 spent 10 weeks atop the Billboard 200.

The current tracking weekends on November 25, with the official first-week album numbers slated to be released on November 28. Adele made headlines over the weekend after it was revealed she walked out on an interview with Channel 7 reporter Matt Doran after he confessed he hadn’t listened to her new album.

Meanwhile, Channel 7 reportedly suspended the reporter, who later admitted that he had only listened to one song on the album after missing an email that included a link to the entire album. Adele also made headlines for a more heartwarming reason on Monday, when she was surprised by an old school teacher during her ITV special An Audience With Adele.

The singer was asked by actress Emma Thompson if there was a teacher who inspired her when she was younger. Adele said she had a teacher at Chestnut Grove named Miss McDonald, who taught her English. Much to her surprise, the teacher was actually in attendance, as the singer broke down in tears upon reuniting on stage.