How Doja Cat’s Style Has Changed Over The Years 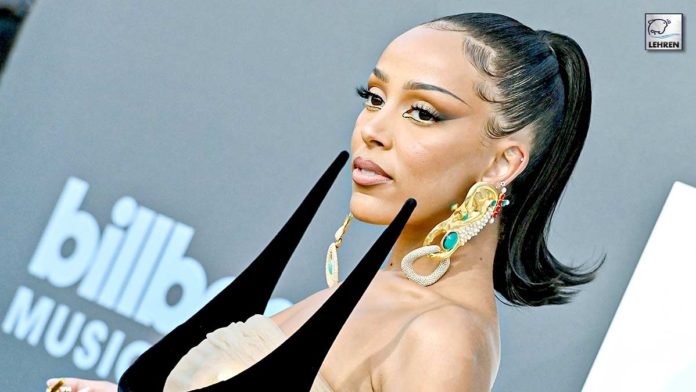 Doja Cat is someone who is constantly changing her style and every time she has managed to take turns some heads.

Since she is up for an incredible six awards, including Album of the Year and Best Female Hip Hop Artist, there is no question that the 26-year-old will be dishing up some serious looks at this year’s BET Awards on June 26 in Los Angeles. Observe her jaw-dropping appearances from the past in advance of the BET Award. Doja’s 2018 viral hit “Mooo!” which suddenly propelled her (and cows for a while) into the spotlight and launched her career as a result of her outstanding sense of style.

She described her reason for cosplay to HighSnobiety that year, “OK, so I love cosplay… not really cosplay in a nerdy way, I just like to dress up,” “That’s a huge part of what inspires me to make music, pretty much. I usually get on Instagram Live, and I had bought a ton of costumes,” the artist added. “The one costume that I wore that day was the cow one. It was such an obnoxious shirt; the sleeves were so ridiculous. I loved it and I just didn’t know what to write about in that moment.”

The Get Into It rapper also recalled, “I was just like, ‘Alright, f**k it. I’m just going to make a song about cows. Why not? That might be interesting.’ I wanted it to sound good, I wasn’t trying to go into it in a joking way… It’s not just a piece of comedy, really. That’s how that came about, just from that outfit.” In other news, Doja has since moved on to conquer greater and better pastures, which has also inspired her to step up her fashion game.

Doja Cay recently dropped the music video for Vegas. The upcoming Elvis Presley biography, Elvis, which will be released globally on June 24th this year, will include the song Vegas. The song, which was created by yeti Beats and Rogét Chahayed, includes a sample of Big Mama Thornton’s 1952 classic ‘Hound Dog,’ which Presley himself recorded. During her most recent Coachella performance in April, Doja Cat debuted the song. Even the actor who portrays Thornton in the movie, gospel singer Shonka Dukureh, joined her on stage.