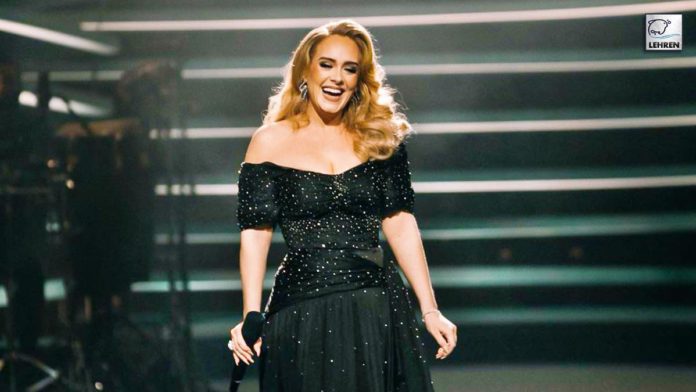 Adele revealed that after she posted one picture in particular, her social media freedoms were over and, she doesn't know her Instagram password.

During an appearance in YouTube star NikkieTutorials’ Power of Makeup series, the Grammy winner spilled beans on a series of topics as she served as a model for the influential makeup artist, including the fact that she doesn’t know the passwords to her social media accounts.

The Hello singer revealed to the beauty influencer, whose name is Nikkie de Jager, “I was never allowed my passwords for my socials before.” Apparently, her team was worried that she might be drunk or annoying as she posted her thoughts. However, that changed when Adele got her log-in info during the coronavirus pandemic. “Obviously the internet was just on fire during Covid,” she recalled. “It kept everyone’s morale up.”

But after she posted one picture in particular, Adele’s social media freedoms were over. “It’s the only picture I ever posted myself,” she told de Jager, “and then they took my password away from me again.” However, the world-famous star didn’t specify which photo she was referring to, some did accuse the singer of cultural appropriation over an August 2020 Instagram photo.

The photo showed her in a bikini top featuring the Jamaican flag, tie-dye leggings, yellow wings, and her hair in Bantu knots, a traditional African hairstyle. “Happy what would be Notting Hill Carnival my beloved London,” the caption read. Meanwhile, she later addressed the photo in a British Vogue interview published in October. “I could see comments being like, ‘the nerve to not take it down,’ which I totally get. But if I take it down, it’s me acting like it never happened,” she told the magazine of the image, which remains on her Instagram feed.

Later, she added, “And it did. I totally get why people felt like it was appropriating.” However, Adele reasoned, “If you don’t go dressed to celebrate the Jamaican culture and in so many ways we’re so entwined in that part of London then it’s a little bit like, ‘What you coming for, then?'” However, she admitted, “I didn’t read the f**king room.”