Disney+ Added These Movies On Its Special Day 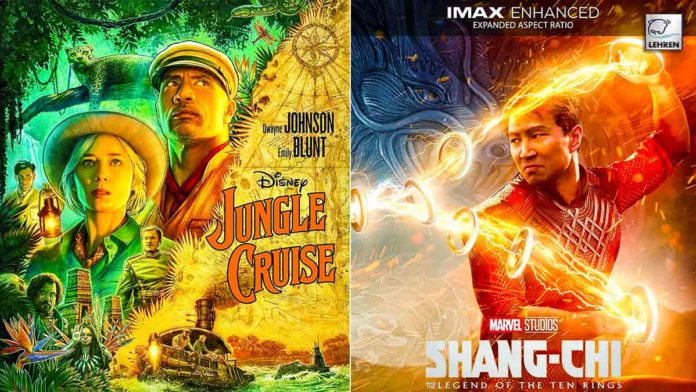 Disney+ is preparing for an exciting weekend ahead. So choose your favorite Disney movie and get ready to stream.

The streaming giant revealed its new slate of movies and shows coming to the platform Friday during Disney+ Day. The long list includes blockbusters like Shang-Chi and The Legend of the Ten Rings, and holiday titles like Home Sweet Home Alone.

However, Disney+ is dropping Shang-Chi on the family-friendly streaming service for the first time since it first debuted in theaters in September. The Simu Liu film marks Marvel’s first movie to spotlight an Asian superhero, and Shang-Chi smashed box office records this fall.

Meanwhile, another notable addition to the Disney+ library is Dwayne Johnson and Emily Blunt’s starring Jungle Cruise, which was first premiered on Disney+ with a $30 Premier Access fee. Although, it will now be included in all Disney+ subscriptions at no additional cost.

While Disney+ is treating fans to some recent hits, the streamer is also rolling out old favorites, including the 2007 musical Enchanted, which will join the streamer’s library on Friday. Disney has also promised a collection of “fan-favorite shorts” from Walt Disney Animation.

however, Disney has planned to make fans’ weekend exciting by releasing other notable movies and series including season 2 of The World According to Jeff Goldblum, The Simpsons In Plusaversary, Spin, and Olaf Presents. Disney is also adding two Marvel features, Marvel Assembled, The Making of Shang-Chi and The Legend of The Ten Rings, and Marvel Studios Legends, Hawkeye.

ALSO READ – Everything To Know About Predator Prequel